This homeowner in Richmond told us that there was water infiltration in her basement during rainy weather. We sent out a Home Performance Advisor to inspect the situation and found that there were outside stairs leading down to the basement, so every time there were heavy rains the water would build up at the bottom of the stairs outside the basement door. The water would then leak through the basement door and windows. This moisture influence could raise the relative humidity, cause mold and mildew to form, and damage personal items within the basement. Our advisor proposed a variety of services and solutions to help mitigate the effect that moisture had on this basement. 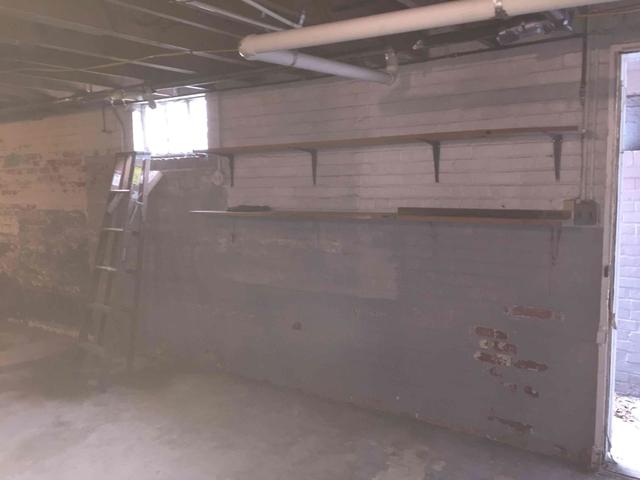 Leakage through Windows and Door

During heavy rainfall, the water would build up outside the windows and basement door, which was placed at the bottom of a stairway. The moisture would leak through the cracks in the door and windows and affect the basement's relative humidity and environment. This can lead to ruined or damaged belongings and materials, as well as mold and mildew growth. 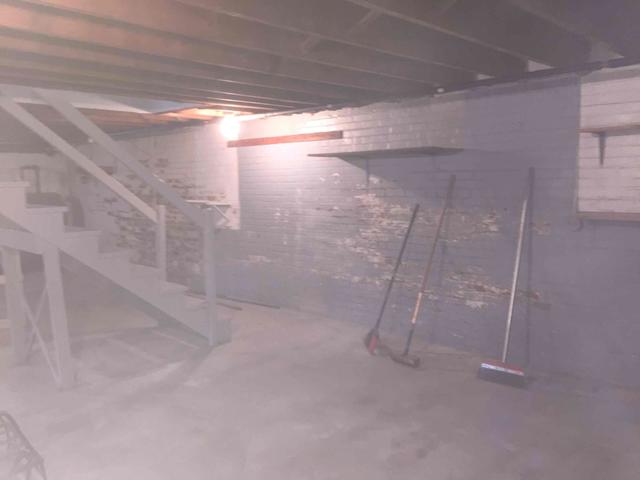 The walls of this basement were made with porous bricks, meaning that the outside moisture can seep through these walls, especially during heavy rains. The water seeping in can raise the relative humidity of the basement, leading to mold and mildew growth. Musty odors and mold spores can then rise into the basement and irritate those with allergies and asthma. 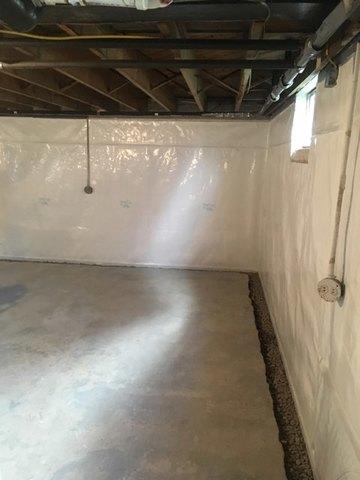 A trench was created around the perimeter of the basement using a jackhammer. Ths trench will be used to install the WaterGuard XL drainage system, but first, we installed a 10-mil CleanSpace Light vapor barrier over the basement walls. This will collect any water seeping through the porous basement walls and lead it down to the WaterGuard XL drainage system. 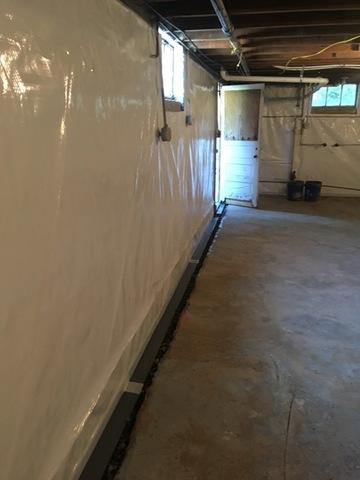 After the CleanSpace vapor barrier is installed, the WaterGuard XL system is placed within the trench. This system will catch any moisture that seeps through the walls and drains it towards a sump pump basin. The drainage rocks surrounding the WaterGuard XL help to protect the earth under the basement from receiving this moisture, which can clog the drainage system with mud. 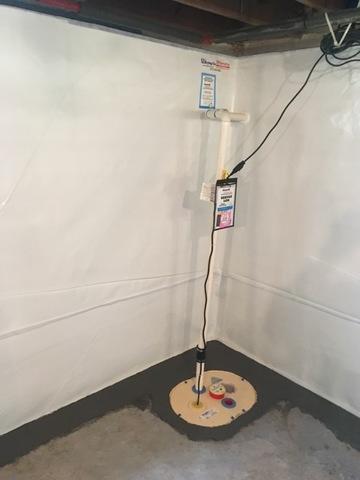 Water that is collected by the WaterGuard XL is transported to this TripleSafe sump system, where is it drained out of the basement and away from the home to a designated area on the property. The TripleSafe basin includes a 1/3 horsepower Zoeller pump, a 1/2 horsepower Zoeller pump, and a battery backup pump system. There are also many special features, including a WaterWatch alarm system which will trigger if water rises above the operating levels. 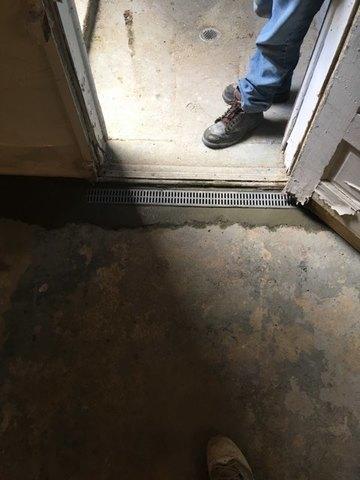