This homeowner in Richmond called us out to inspect their basement for water leakage, and so we sent out one of our Home Performance Advisors to inspect the situation. We found that there was water infiltration wherever there were windows along the basement walls. Our Advisor proposed multiple solutions and services to help prevent moisture from affecting the rest of the basement and its environment, and the homeowner decided to have us install our WaterGuard XL drainage system and a SuperSump pump system. This will help to trap any moisture infiltrating through the walls and windows and drain it away from the basement.

A trench was created around the perimeter of the basement and filled with some drainage rock before our WaterGuard XL system was placed within the trench. The WaterGuard will collect any water infiltrating through the walls and windows and transport it to the sump pump basin. 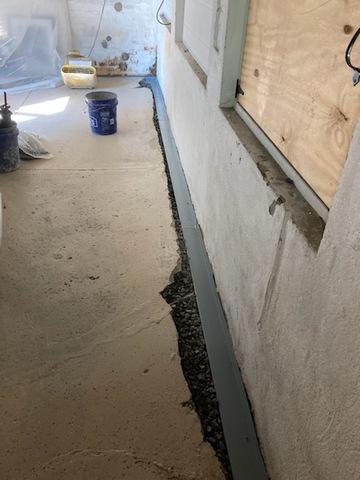 Once the WaterGuard XL is installed, the trench is then filled with drainage rock, which will help to filter any water collected and prevent the dirt underneath from becoming a muddy mess, which could clog the drainage system. 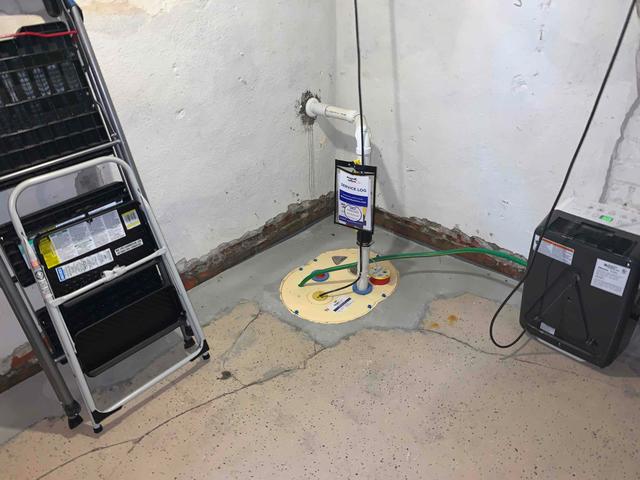 In connection with the WaterGuard XL system, a SuperSump pump basin was installed with the trench. This system contains a 1/2 horsepower cast-iron sump pump, our TripleSafe sump basin, a CleanPump stand, and a WaterWatch alarm system. Any water collected by our WaterGuard XL system is drained to this sump pump basin, where it will then be transported out of the basement to a designated location on the property, away from the foundation. 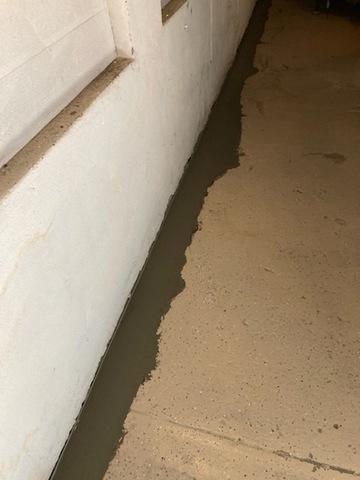 Once the drainage rock, WaterGuard XL, and SuperSump were installed, we refilled the trench with concrete mix. The homeowners will be able to finish their basement over this system with no issues.