This Richmond, VA homeowner has a finished basement but has been noticing issues with water seeping in causing damage to baseboards and carpet. They want to waterproof the space so they can make repairs and not worry about future damage. 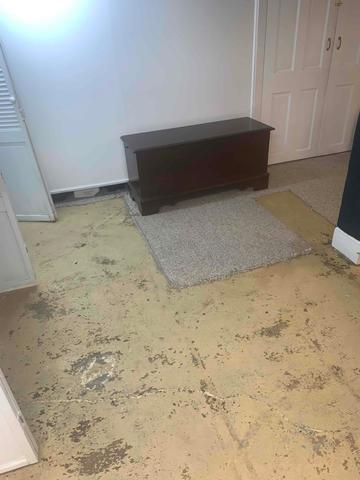 The homeowner has pulled up some carpet where they have noticed water seeping in. Cracks along the basement floor are the entry point for water coming up into the basement from the ground below. 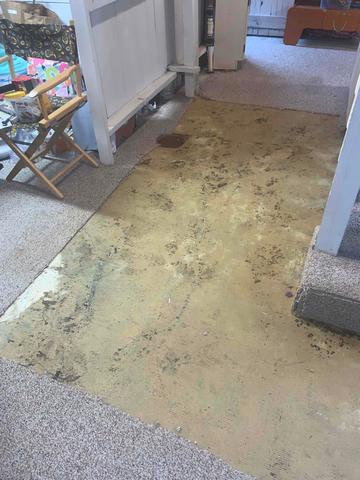 Because water follows the path of least resistance it's been seeping in through cracks that have occurred in the basement's slab. The cracks can occur from settlement, shrinkage, stress, or even poor construction. 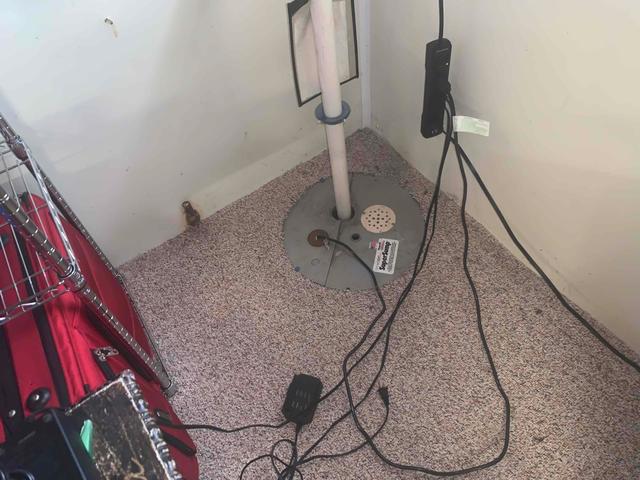 The old sump pump sits in the corner of the basement, the current system is only installed around the perimeter of the basement and isn't addressing the water that is coming up in the middle of the slab. 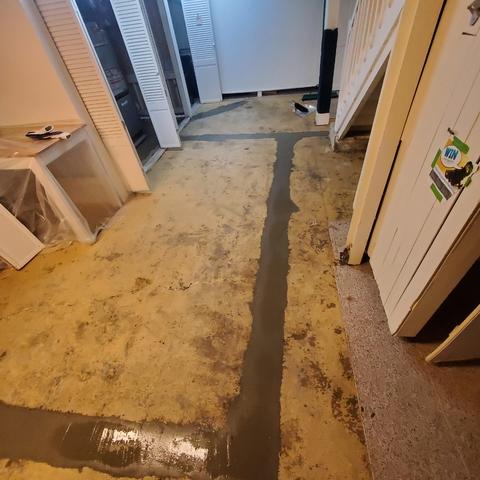 WaterGuard is a french drain system that is installed under the basement floor. It collects the excess water and feeds it to the sump pump. 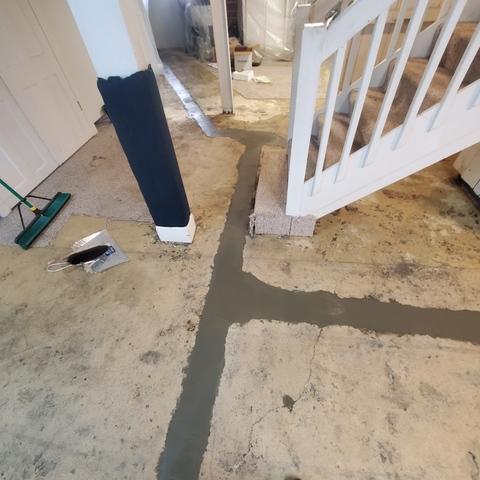 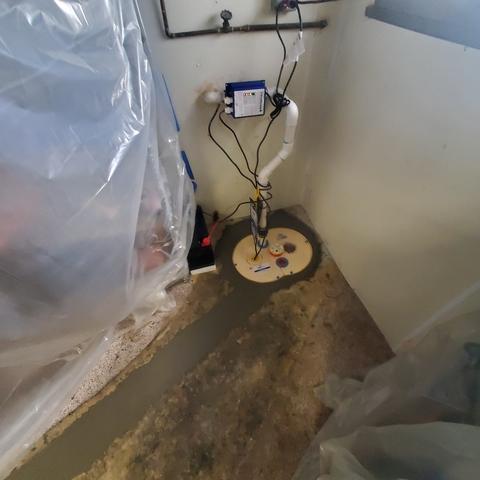 SuperSump Plus and UltraSump Battery Backup

The old sump pump is replaced with a SuperSump Plus which houses a 1/3hp sump pump. The client also opted to add an UltraSump Battery Backup which takes over in case of power or main pump failure giving the homeowner peace of mind that their basement is protected.