This homeowner has been battling water coming into their basement for years. They had an existing sump pump, but it wasn't doing the job. Staining on the floors and walls and bubbling and chipped paint were all signs that water intrusion was still an issue in this basement. They wanted a permanent solution to the water infiltration so they could continue to use their basement as a finished space in the home. 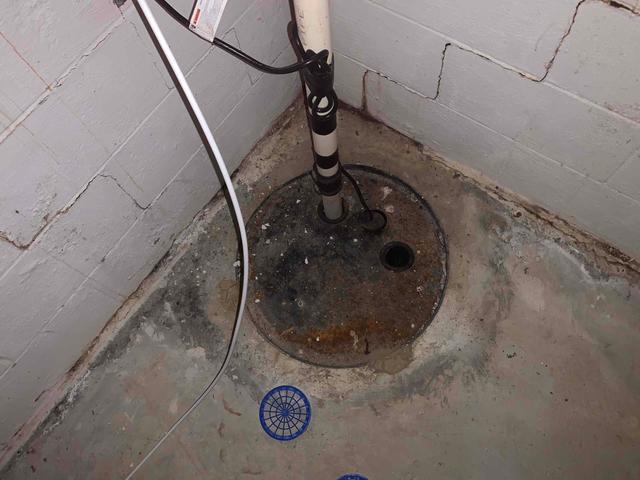 This old sump pump hasn't been able to do the job of keeping this basement dry. The unit allows moisture to rise into the space, and water has clearly been pooling on the floor around the top of the pump. 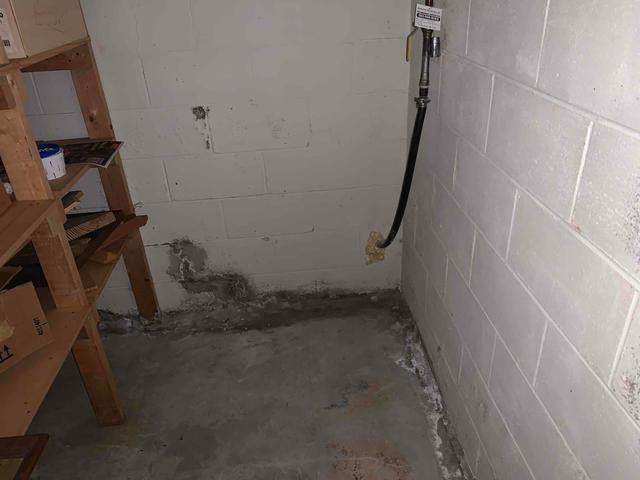 Water has been seeping into the basement through the foundation walls. Staining can be seen around the perimeter of the walls, and bubbling and chipped paint show evidence of moisture moving through the block. Following the lines of water staining, we can see it seeping through a stair-step crack in the wall as well. 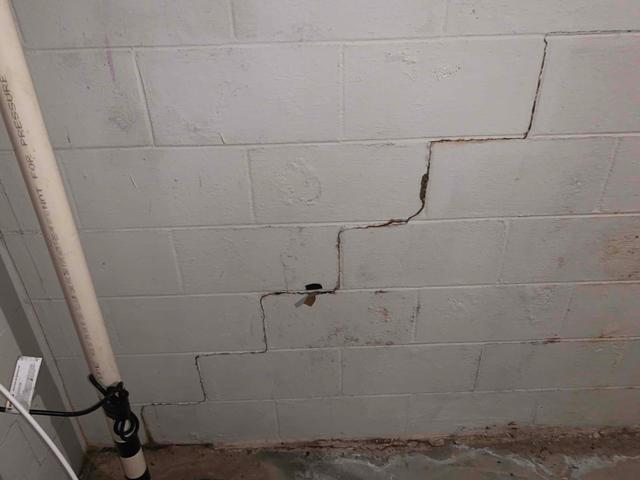 Cracks in foundation walls can be a sign of bigger structural problems. They also create an even bigger gap for water to seep into the basement. We also see evidence on the wall where water has been working it's way through the block and is under the paint. 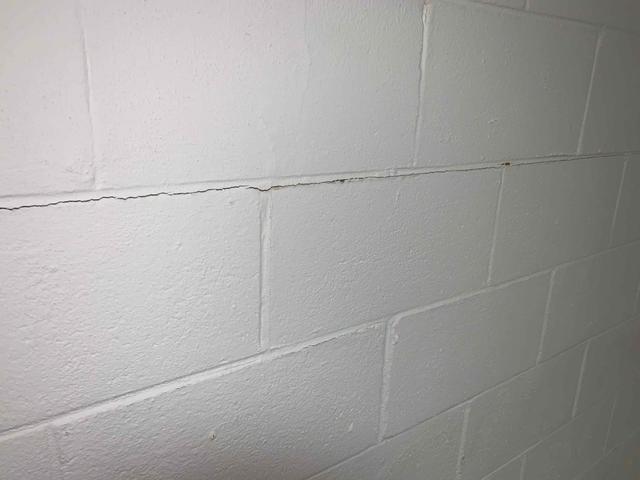 Cracks in foundation walls can often be a result of the force exerted on the wall by water in the earth on the outside of the wall. Hydrostatic pressure causes the foundation wall to buckle under the pressure and crack. Not only is it a sign that we need to address the water issue, but it's a sign that there may be some bigger foundation concerns to address. 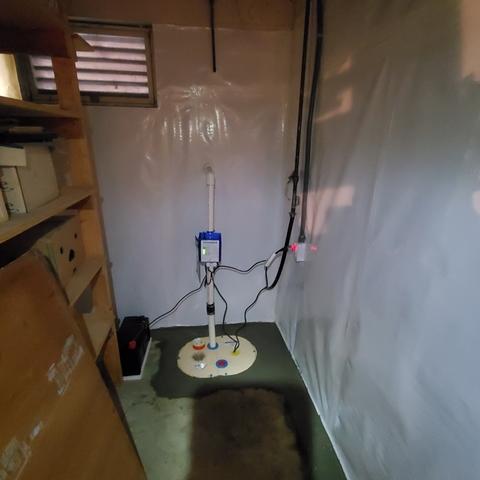 We installed the SuperSump Plus and Battery Backup sump pump system. The SuperSump plus will collect the water directed to it via the WaterGuard drainage system and pump it away from the home's foundation to a spot designated by the homeowner on the property. The Battery Backup will give them peace of mind that if the power fails during a storm, the sump pump will still protect their home. 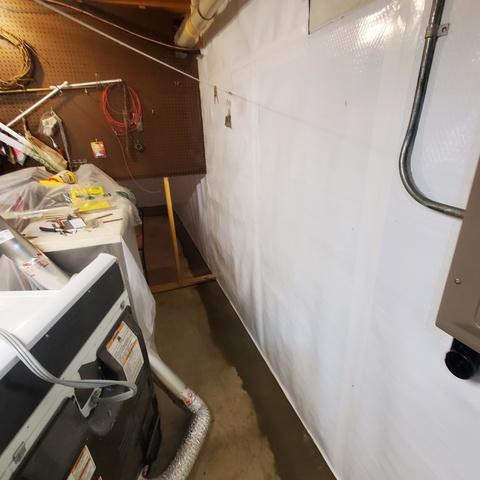 On the basement walls, we've installed a CleanSpace vapor barrier. this liner will direct any water that makes it way through the foundation wall down into the WaterGuard system and ultimately to the sump pump. 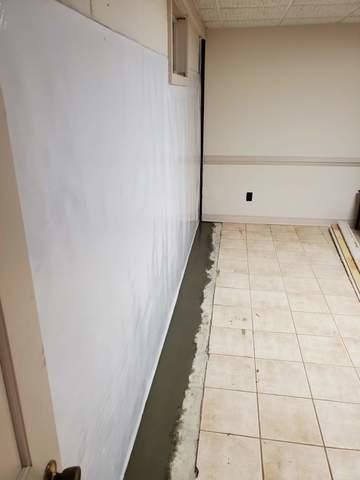 Along the perimeter of the basement, WaterGuard is installed underneath the slab to collect water and direct it to the sump pump, keeping it out of the basement. WaterGuard allows the homeowner to finish their basement over the system, so it can be a clean, dry, useable space.