This Waverly homeowner contacted us about water seeping into their basement. They had their basement set up so they could use it as a recreational space, however, the excess moisture was damaging the walls and prevented the homeowner from finishing the space.

This basement is a walk-out basement with exterior access, so very little of the walls were subgrade. Water had been seeping in around the perimeter of the basement between the walls and the footer. The excess moisture had caused the paint to bubble and chip. While the homeowner had tried using dehumidifiers to control the issue, it wasn’t making the situation any better and still prevented them from finishing the basement.

For this home, we recommended the WaterGuard Drainage System with SmartSump and UltraSump Battery Back-up. WaterGuard is a perimeter drainage solution that is minimally invasive. A trench is dug around the perimeter of the basement and filled with stone, the drainage track is then laid above the footing and out of the mud zone to prevent clogging. The system is paved over, leaving only a flange sitting against the foundation wall. This allows the homeowner to keep their floor space, hide the drainage system, and finish their basement.

The Drainage System feeds to the SmartSump System. The System is complied of a sump liner that is surrounded by stone to prevent clogging, an airtight lid to prevent moisture from evaporating into the basement, a stand that keeps the pump off of the bottom of the basin and protects it from any clogging by silt or sediment that may find its way in. The system also has a floor drain in case there is a plumbing leak in the basement, it will only lift if there is water flooding in the basement, and will remain airtight the rest of the time to prevent water vapor from rising from the pump into the basement. The final piece of the SmartSump is the WaterWatch Alarm, this alerts a homeowner if the water level rises above where the pump should normally cut on and warns you before it backs up and floods into the basement.

In addition to the SmartSump the homeowner chose to install an UltraSump Battery Back-up. The UltraSump protects the basement in the instance of a power outage, the pump coming unplugged, a tripped breaker, pump failure, or the primary pump being unable to keep up with the amount of water coming in. The addition of the UltraSump allows the homeowner the peace of mind that their basement is protected and allows them to finish and use the space without worrying about their walls, flooring, or belongings being damaged. 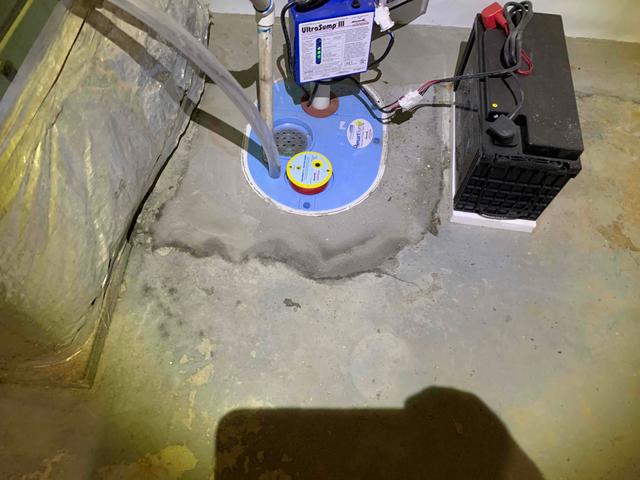 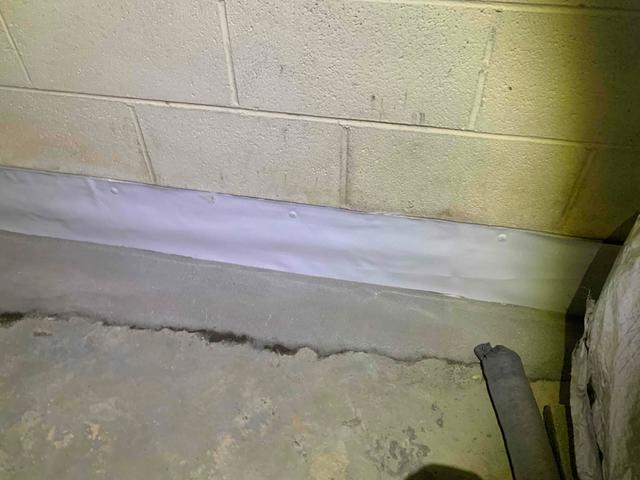 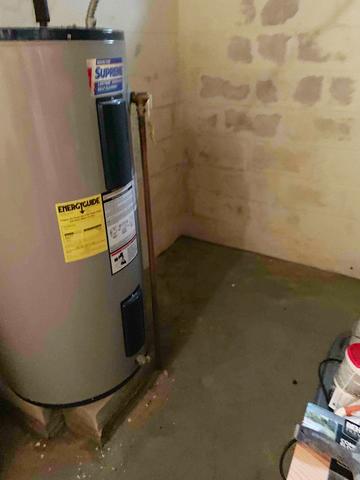 Staining on Walls from moisture damage