The homeowner wanted to solve this water infiltration problem in their basement and keep it dry all the time. 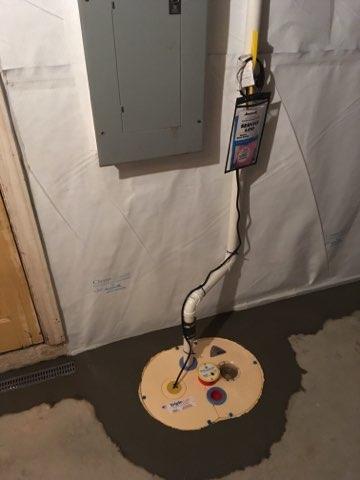 The Sump Pump System collects water and pumps it out of the basement and away from the home. 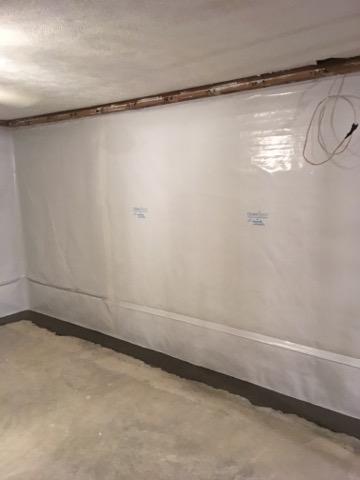 CleanSpace on walls and WaterGuard installed on the perimeter of the basement. 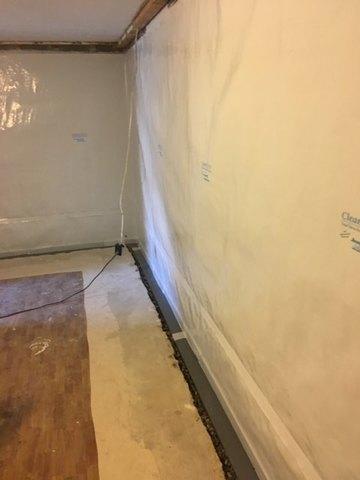 The WaterGuard Drainage Track is being installed. 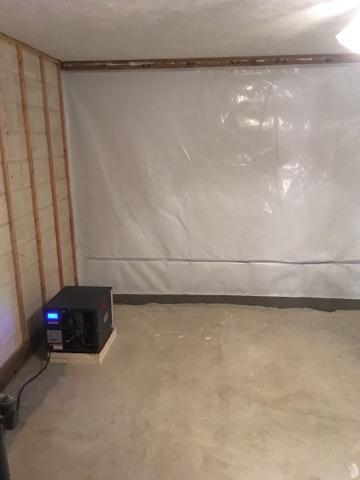 The SaniDry Sedona cuts on when the humidity gets too high in the basement.

Before & After Photos: WaterGuard System in Barhamsville, VA Basement
Back to Previous Page
Back to Case Studies