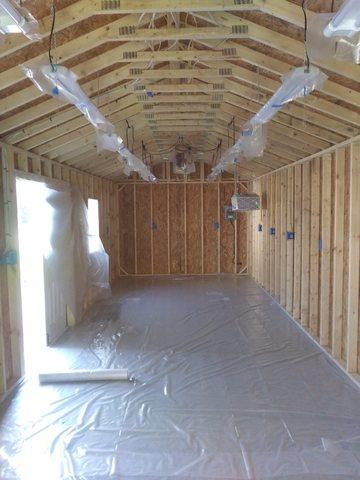 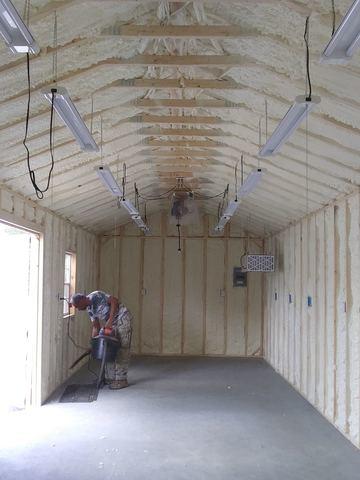 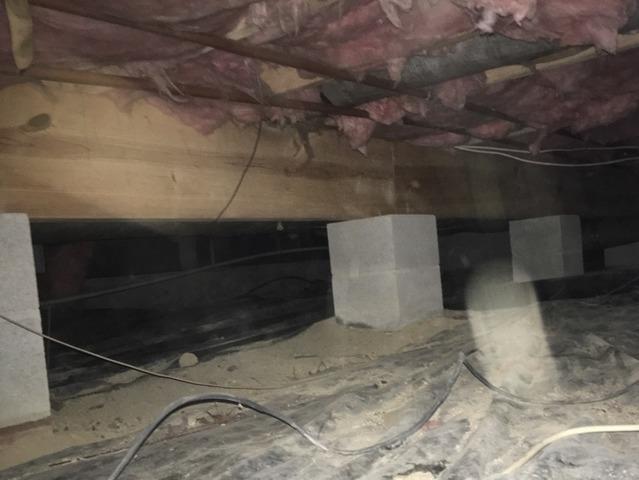 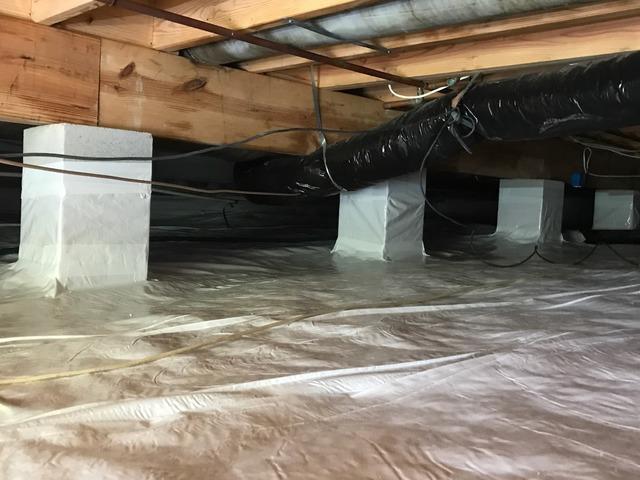 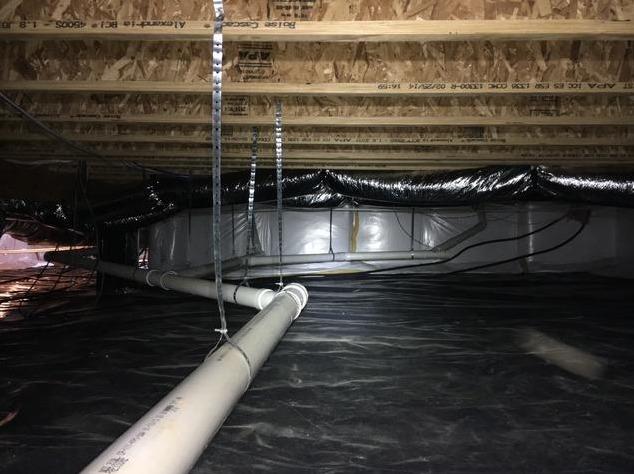 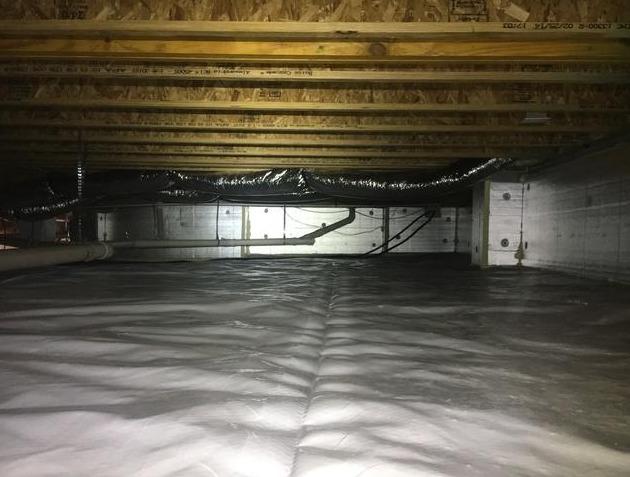 Initially, this crawl space was encapsulated with a 6-mil vapor barrier and R-11 vinyl faced fiberglass insulation. Thhomeownerer contacted us with concerns about an ammonia, or animal urine odor in her home and poor air sealing. 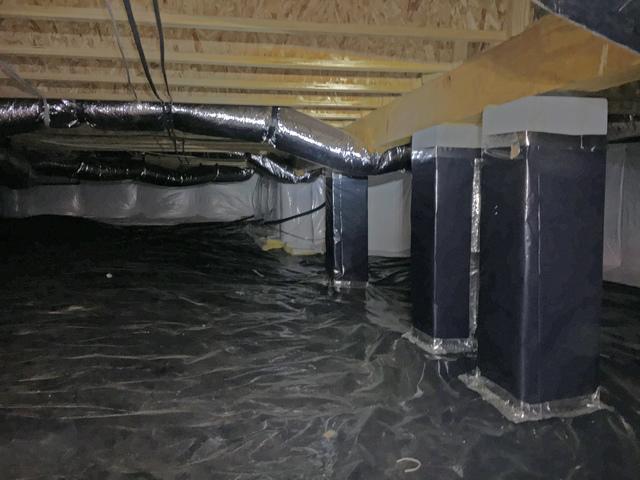 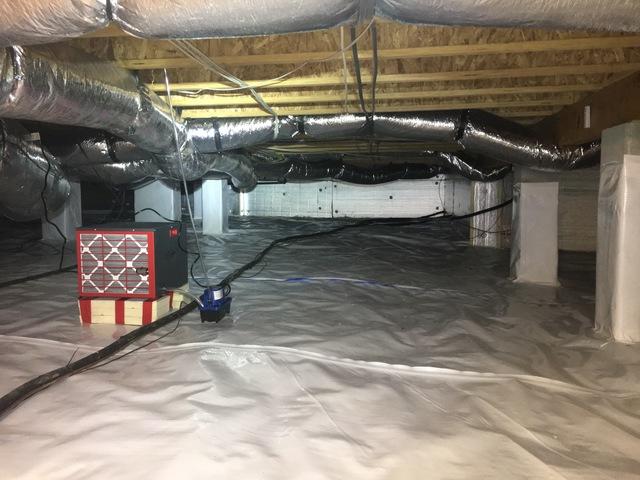 We installed a 20 mil Clean Space Vapor Barrier, Foamax Insulation Board, sealed the rim & band and sill plate, and installed a SaniDry Sedona Dehumidifier. This approach will help keep moisture out of the crawl space and control relative humidity. 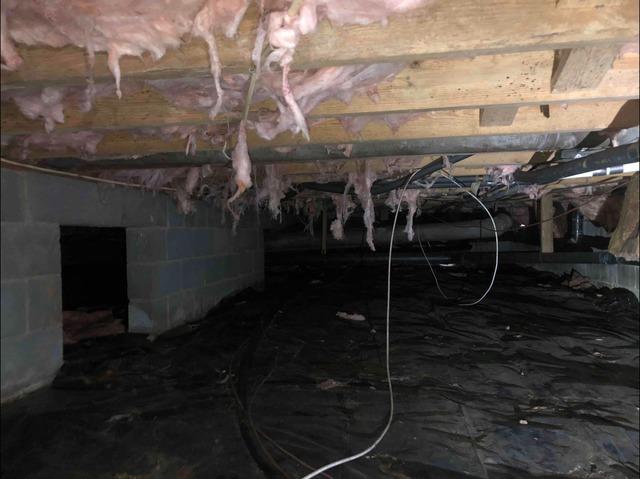 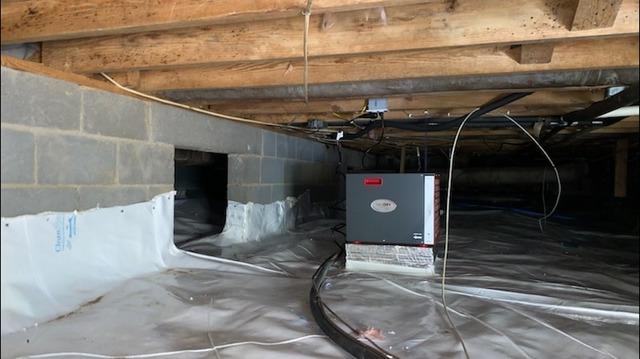 This Midlothian, VA homeowner contacted us because they were noticing odors in their home. Upon inspection of the home, we found that the crawl space had moisture infiltration which led to high relative humidity as well as mildew and mold growth on the floor joists and paper backing of fiberglass insulation. The musty, mildew odors were rising into the home and irritating the homeowners.

We cleaned out the crawl space, treated the mold and mildew growth with an antimicrobial, and began the process of sealing the space. We want to keep as much outside air and moisture out of the crawl space as possible. We achieve this by installing CleanSpace, a heavy-duty crawl space liner that is sealed at all seams, and mechanically fastened and sealed to piers and walls 6-8 inches above outside grade. All vents, the rim and band, and sill plate are all sealed and all penetrations through the foundation wall to the outside are sealed as well. Then we installed closed cell spray foam on the foundation walls leaving a 2-inch viewing strip at the top of the foundation wall for termite inspections. After keeping as much outside moisture and air out of the crawl space as possible, we installed a Sanidry Sedona Dehumidifier to control relative humidity.

This will help to prevent future microbial growth in the crawl space and those musty, mildewy odors from rising into the home.