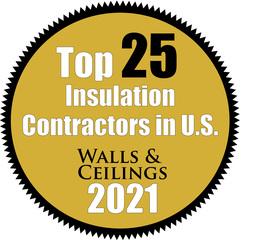 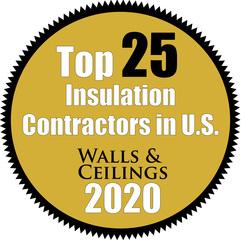 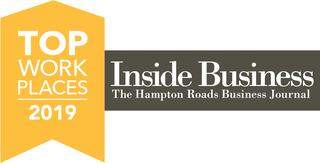 From sitting down with Mohamed through the final phase of the encapsulation, everything was great!...
Testimonial from Wade from Aylett, VA
Happy Customers Surrounding Aylett, VA
Testimonials
Reviews
Work Requests

Reviews From Aylett
See All Reviews
Testimonials From Aylett
I was very impressed with the professionalism of all members of the team, their experience level, and their work ethic.
Testimonial by Anita P. from Aylett, VA
See All Testimonials

We also offer basement insulation. Give us a call at 1-833-933-3111 or click below to schedule your free estimate in Aylett, VA!

Click to Schedule Your FREE Estimate!
Case Studies From Aylett

A homeowner from Aylett, VA contacted us because the had noticed the fiberglass insulation in the crawl space was wet and there was puddling on the...
Click to read solution...
More Case Studies
Photo Galleries From Aylett

Microbial growth occurs when there are warm temperatures, relative humidity is above 60% and an organic food source is present. The meter in the joist is a wood moisture meter. It tells us the moisture content of the joist, which is about 17% in this case. At about 19% wood moisture content, wood...

In ever crawl space, we take a humidity reading. This tells us the relative humidity (RH) of the space, or how much moisture is in the air. This crawl space has a RH of 72%. At about 60% RH, mold and mildew growth can begin to grow as long as it has warm temperatures and an organic food source. In...
Job Stories From Aylett, VA
Replacing Insulation in Aylett, VA

At the inspection, we found that not only was insulation falling, but the vapor barrier was unsealed and damaged. We also found microbial growth on the floor joists and evidence of water and moisture infiltration on the foundation walls.

The insulation needs to be replaced, however, if that is all that is done, the homeowner will be facing the same problem again. We recommended to the homeowner that if they wanted to not only fix the problem but keep it from happening again, they take some additional steps.

First, we would clean the old insulation, 6-mil and any debris out of the crawl space. We would then want to treat the mold and mildew growth with an anti-microbial to kill it. Our next recommended step is to install a heavy-duty vapor barrier, because this is a walk-in crawl space that has equipment and the homeowner would like to use it for storage, we suggested the 20-mil CleanSpace Vapor barrier. It is durable enough to withstand storage and high traffic. It can also be sealed at all seams, around piers, and on the foundation walls 6-8 inches above outside grade completely isolating the crawl space from the earth’s moisture.

We would also air seal the crawl space by sealing off vents, sealing the rim & band, and sealing the sill plate. The Sill plate is the first piece of your home’s frame that touches the foundation wall. This is seldom flush, so by sealing the gap between the block and sill plate we can stop air and moisture infiltration. We then recommended the homeowner insulate the crawl space walls with Foamax Foam board Insulation instead of reinstalling fiberglass in the floor joists. We suggest this step because it extends the thermal barrier of the home from the joists to the floor of the crawl space. This not only keeps your floors warmer, but it makes it easier to control the environment in the crawl space and reduces energy bills. When installing insulation on the crawl space walls, we leave a 2-inch viewing strip, per Virginia building code, for termite inspections.

Finally, we recommend the homeowner install a SaniDry Sedona Dehumidifier. This is the last piece in controlling relative humidity. The Sedona is a dehumidifier developed specifically for crawl spaces and basements that is designed to remove moisture from the air and circulate dry air throughout the crawl space.

If the homeowner chooses to go this route, they will not have to worry about replacing the insulation in their crawl space again. They can also protect any items they store in the crawl space from being damaged by moisture, decrease energy bills, have warm floors in the winter and improve their indoor air quality.

Adding an addition and would like a rough estimate on spray foam on the underside of the roof sheathing. Just started framing but putting numbers together and seeing how far out this needs to be scheduled. It will be roughly 1300sq ft with closed cell spray foam at a r38 value. Thank you for your time. -Clifton
Project Location: Aylett, VA

I would like an estimate to insulate my metal sided shop that is 30'X30'. It has a concrete floor and wood framing.
Project Location: Aylett, VA

Fungus or mold in crawl space , needs to be treated, may consider re in sulating .
Project Location: Aylett, VA

I had the Williamsburg branch do an encapsulated crawlspace 2 years ago. with all of the recent heavy rains, my liner in the crawl is similar to a water bed in the lowest point of the crawl, which is below grade by a little bit. I was told my only options were to do a $6k drainage/sump install under the home. I would like to see if there are any other options, for a partial system, outside the foundation drainage, catch basin, etc. thank you
Project Location: Aylett, VA

Fiberglass insulation is wet and there are puddles on the ground plastic.
Project Location: Aylett, VA

We have a new barn with a storage area above and need it insulated.
Top