The Drying Co./ThermalTec Team is growing! We are looking for experienced Installers and Home Performance Advisors to help our customers make their homes more comfortable, energy-efficient, durable, and healthy.

Click Apply Now! to see our available positions and apply.

What Do You Know About Radon In Your Home? 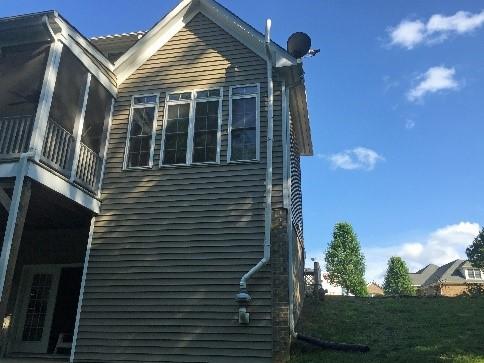 You may have had your home tested in the past. At the time, your radon levels were below 4 pCi/L and you’re “in the clear”. This may not be the case. Radon levels are influenced by seasonal weather changes and even remodeling your home. National Radon Defense suggests that if you remodel your basement into a living space, you should retest in that area of your home before the remodel. The idea here is that you don’t go for your checkup once, say “I’m all clear” and never go again. There are changing factors that need to be considered. As radon testing is relatively inexpensive, National Radon Defense suggests you test every couple of years.

Radon isn’t new to home owners, especially those in Zone 1 risk areas, but how much do you really know about radon? Radon is a tasteless, odorless, colorless gas, undetectable by human senses, a byproduct of the decay of uranium, this gas seeps through cracks and openings in your home’s foundation and enters your conditioned living space. The American Lung Association states “exposure to radon is estimated to be the second-leading cause of lung cancer, accounting for an estimated 21,000 lung cancer deaths each year.” Only smoking causes more cases of Lung Cancer per year than Radon.

How long has radon been an “issue”? While indoor radon levels have been a concern since the 1950’s, it was in 1984 that Radon in home became a public concern. This occurred when it found that the Watras House tested with radon levels 1,100 times higher than the acceptable level of .02 Working Levels. At the time, Radon was Measured in Working Levels. However, it seems to be more commonly measured in picocuries per liter (pCi/L) today.  You can read the full article about the Watras home here.

If you have high levels of radon in your home, you can mitigate. This involves installing a depressurization fan that sucks in the toxic gas and filters it up a pipe, past your roofline and disperses it into the air. The goal is to dilute the concentration of radon gasses in the soil under you home by releasing them into the open air. Doing so above your roofline, keeps the gasses from entering your home and causing harm to you and your family.

It is also important to keep in mind, that just because you are not in a Zone 1 Risk Area, does not mean that your house does not have dangerous levels of radon gas. In fact, a test done on a home in Williamsburg, a Zone 3 (low risk) area had a result of 14 pCi/L.

Want to know the likely hood that you have Radon in your home? Check out these charts below. You can also click here to see the probability of Radon effecting your health.

The table below shows you the percentage of homes that tested, on average, in each county that tested at the three different action levels. 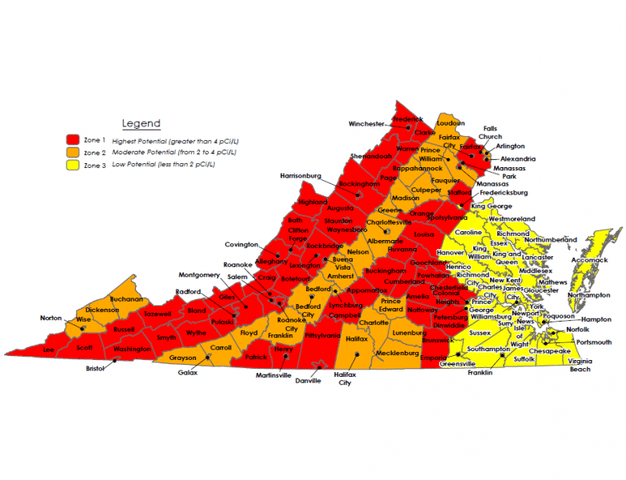 Back to Previous Page
Back to Technical Papers 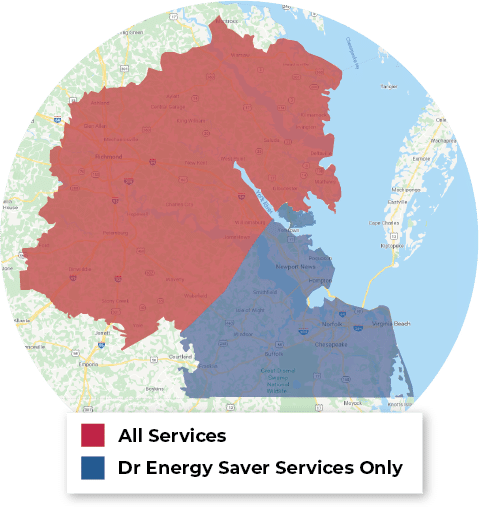