This homeowner contacted us because they wanted to replace the insulation in their basement ceiling. It was dirty, damaged, and falling away from the floors. At our inspection, we not only noted the damage to the insulation but that there were significant signs of water damage on the basement walls.

Moisture was entering the basement through the foundation walls, and as it rose into the air, it was being absorbed by the fiberglass. That moisture was causing the fiberglass to deteriorate, the fibers were pulling apart from one another and the fiberglass began to look like it was dripping as it fell away. The added weight of the moisture caused the insulation to sag as well.

To address both the water infiltration and damage and insulating so the homeowner was more comfortable and didn't need to do the project again, there would be two parts to this project. First, we would waterproof the basement then we would replace the insulation.

To waterproof, we installed the WaterGuard System. This is an interior drainage system, which is much less invasive than digging up the exterior of your home to waterproof from the outside and you can finish your basement overtop of the system if you choose. The system is installed along the perimeter of the basement and a CleanSpace liner is installed on the basement walls to direct any moisture coming through the walls down into the system. The drainage track is designed not to clog with mud, silt, or sediment, and feeds the water to a sump pump system. A SuperSump Plus with Battery Back-up is installed to pump the water away from the home's foundation to a spot on the property designated by the homeowner. Finally, a Sanidry Sedona dehumidifier is installed to control the relative humidity in the space.

To insulate, we removed all of the old insulation in the ceiling of the basement and replaced it with R-19 fiberglass insulation. We also sealed any vents to reduce air and moisture infiltration which will help the homeowner with drafts and cold floors. 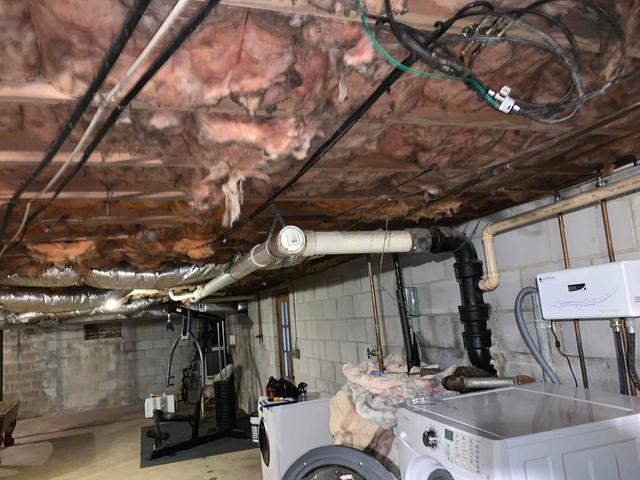 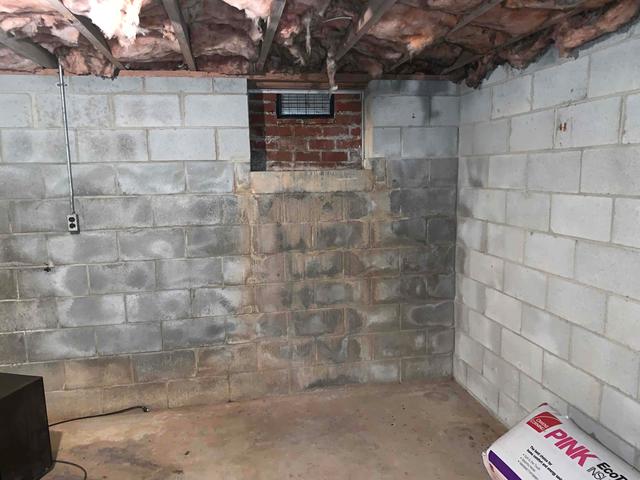 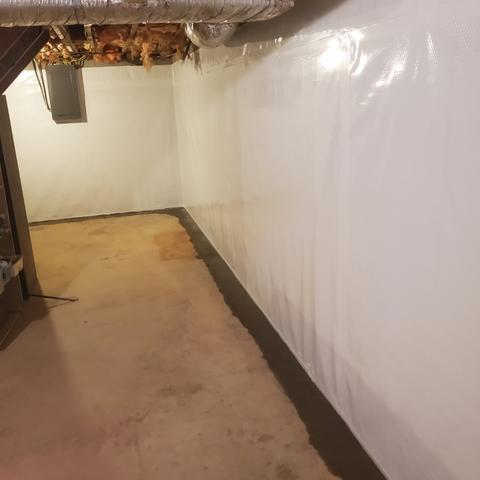 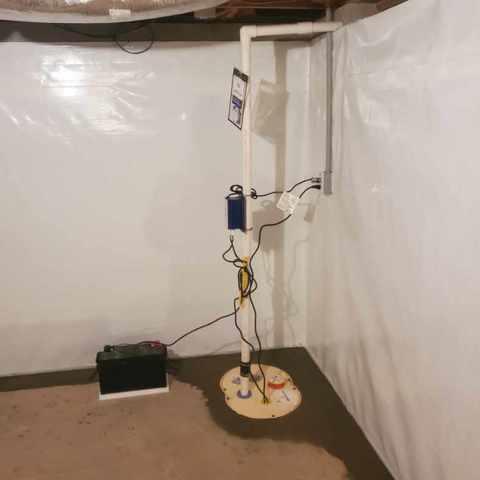 SuperSump Plus with Battery Back-up

Before & After Photos: Basement Waterproofing in Tappahannock, VA
Back to Previous Page
Back to Case Studies