This homeowner contacted us because they had noticed issues with their crawl space insulation. They were experiencing cold floors and drafts in their home and wanted to see what could be done to make the home more comfortable.

At our inspection, we found that during the warm, humid months the conditions in the crawl space had been right for mold and mildew growth to occur on the floor joists. For microbial growth to occur, it needs an organic material to grow on, warm temperatures, and high relative humidity, all of which are easily found in crawl spaces in our area.

We also found that the insulation was sagging and falling away from the floors. In addition, the humidity in warm months is often absorbed by fiberglass insulation like a sponge decreasing its effectiveness. Fiberglass is most effective when it's enclosed on all 6 sides and against the surface it's insulating, however, in a crawl space, one side is left open and gravity helps to pull the insulation away from the floors.

While we've certainly seen vapor barriers in worse conditions than this one, there were several concerns we took note of. the 6-mil liner in the crawl space was not sealed to the walls, piers, or itself, and in most cases, these liners are held in place by "U" shaped stakes. all of these holes or openings in the liner are areas where moisture from the ground can rise up into the crawl space and contribute to the high relative humidity. We also noticed some water staining and efflorescence on the walls, which is another sign of moisture infiltration.

All of this tells us that just replacing the insulation isn't going to be a long-term solution for our homeowners. While in the short-term it might help with their cold floors, once we enter back into our hot, humid season, moisture will continue to be a problem in this crawl space and deteriorate the insulation over a year or a few years ultimately resulting in the homeowner having the same problems and needing to replace the insulation again.

After reviewing options with our homeowner, they determined they wanted to go with a long-term solution that would prevent them from repeating the project and solve their concerns of cold floors and drafts.

We began the project by removing all of the debris, existing fiberglass, and vapor barrier from the crawl space. Next, the floor joists are treated with Shockwave, an antimicrobial solution that kills microbial growth.

Our crew then begins to roll out the CleanSpace Liner. in this crawl space, we used a 10-mil, the homeowners don't have a lot of service people going in and out of their crawl space and don't plan on using any of it for storage so the durability of the 10-mil is going to work well for them. We overlap and seal all of the seams with vinyl tape, attach the liner to the walls 6 inches above outside grade, and wrap and seal around all of the piers sealing the crawl space off from the earth's moisture.

Next, we seal all crawl space vents, any penetrations to the foundation walls to the outside, and the sill plate. This stops outside air carrying moisture from entering the crawl space as much as possible.

The last step is to apply closed-cell spray foam to the foundation walls and rim band proving an R-10 insulation value to the foundation walls.  We also install an interior friction-fit crawl space door behind the exterior access that insulates and air seals behind the crawl space door. This extends the thermal boundary of the home to the floor of the crawlspace, helping to keep floors warmer, lower energy bills, and reduce drafts.

At this time, the homeowner opted out of installing a dehumidifier, though we do recommend it. While we have done everything we can to keep outside moisture from entering the crawl space, the only thing we can control is relative humidity, and that's done with the dehumidifier. Relative humidity kept below 60% allows us to help prevent mold growth. However, the homeowner did get a hygrometer with their project that will allow them to monitor the relative humidity and temperature in their crawl space. 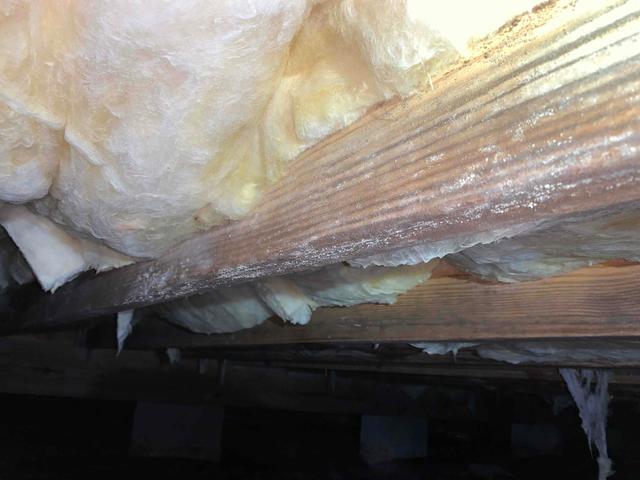 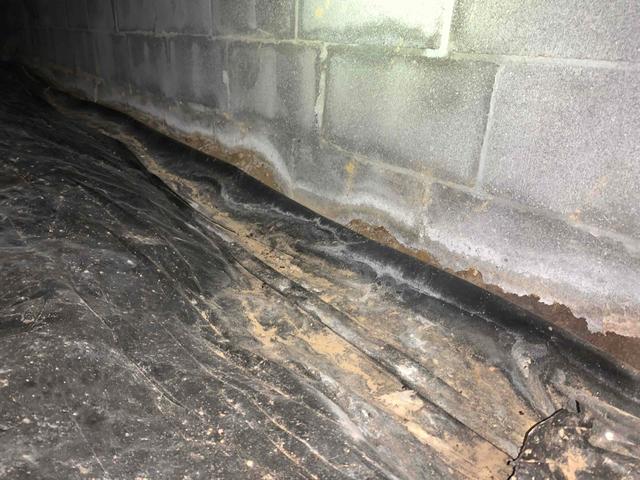 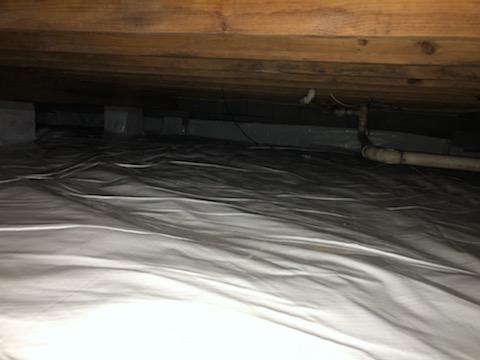 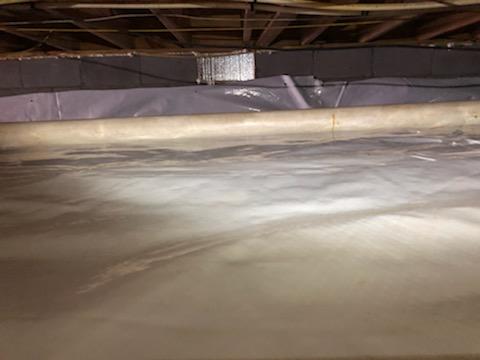