A homeowner in King William, Virginia called us at The Drying Company with concerns about high humidity in their crawl space. We sent out one of our Home Performance Advisors to evaluate the situation and draw up possible solutions to their problems.

We found that the crawl space did have a lot of moisture infiltration resulting in the high humidity our homeowners were concerned about. Efflorescence on the foundation walls of the crawl space was a clear indication of moisture infiltration. This chalky, powdery substance appears when moisture forces its way through the porous cinderblock walls, bringing along with it the salts and sediments from within the walls to the surface.

Open vents lining these foundation walls were also a contributing factor to the high humidity in the crawl space. These allow outside air and moisture to freely enter the crawl space, becoming trapped and increase the relative humidity of the environment.

We also noticed that the 6-mil vapor barrier was pushed aside in many places on the crawl space floor, exposing the earth. The earth’s moisture rises from the ground and increases the relative humidity.

With the relative humidity reaching over 60%, along with warm temperatures, mold and mildew can begin to grow on organic materials. There was mold growth upon many of the wooden floor joists and subfloor.

It was clear to us that this crawl space was suffering from high humidity, and after reviewing our findings with the homeowner, we worked together to develop the right solution for them and their home.

To address the homeowner’s concerns about the humidity and moisture in their crawl space we began by removing the existing vapor barrier, the damp fiberglass insulation from the floor joists, and any debris from the crawl space. The next step for us was to kill the mold and mildew growth on all the organic material. We did this using an antimicrobial, called Shockwave. It is important to note that while we may have remedied the mold growth, for now, it is possible that it may grow again if the relative humidity and temperatures are not controlled.

The next step was to install a 10-mil vapor barrier, called CleanSpace Light, over the crawl space floor. This vapor barrier is a 5-layer polyethylene liner with an antimicrobial built into the material, called UltraFresh. This will help to protect the crawl space from moisture rising out of the earth. The liner was wrapped around all piers and mechanically fastened to the foundation walls six to eight inches above outside grade. All seams were sealed using a special 4” vinyl tape.

After the vapor barrier was installed, we focused our attention on the foundation walls. We covered the open vents with foamboard pieces and sealed the gaps with foam. Then we insulated the walls with an R-10 of closed-cell spray foam, leaving behind a 2” viewing strip at the top for termite inspectors.

With the crawl space now sealed and insulated, we have done everything we can to seal off the crawl space from outside influence, but we still need to control the relative humidity. We installed a SaniDry Sedona dehumidifier to remove excess moisture from the space and circulate dry air throughout the crawl space. A hygrometer was given to the homeowner to monitor both the humidity and temperature of their crawl space.

With these solutions put in place, the homeowner will no longer need to worry about high humidity and moisture in their crawl space, with the added benefit of making their home more durable and healthier.

If you have experienced similar issues with moisture or a high relative humidity within the crawl space, then please give us a call at The Drying Company and set up your free estimate and appointment! We will help you keep the outside, outside! 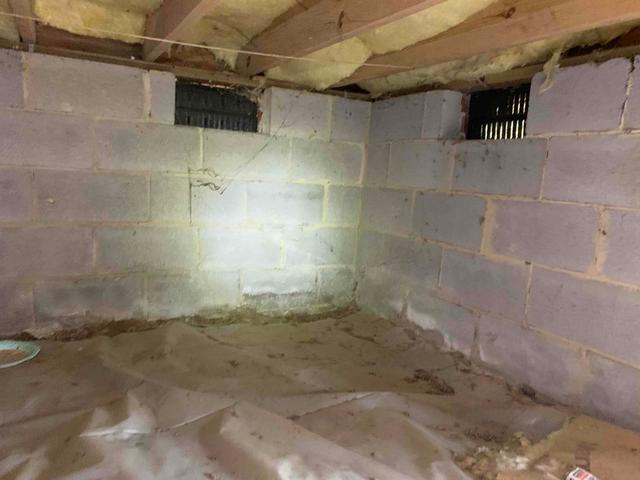 Moisture is seeping through these porous cinderblock walls while open vents lining the walls are allowing outside air and moisture to freely enter the crawl space and affect the environment and relative humidity. 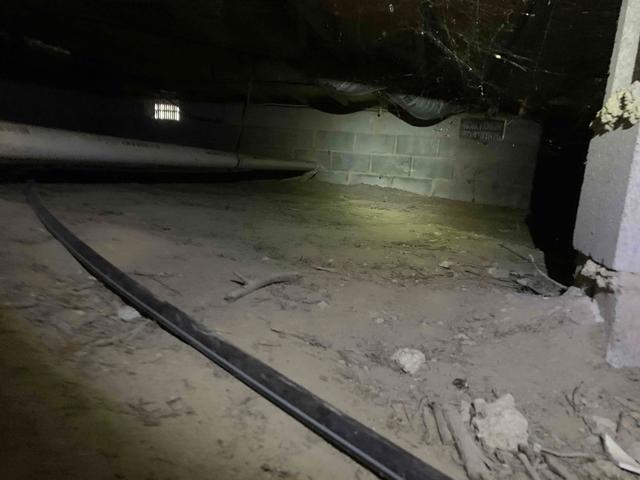 A 6-mil vapor barrier is failing to protect the crawl space from the moisture rising out of the earth, allowing the moisture to raise the relative humidity. 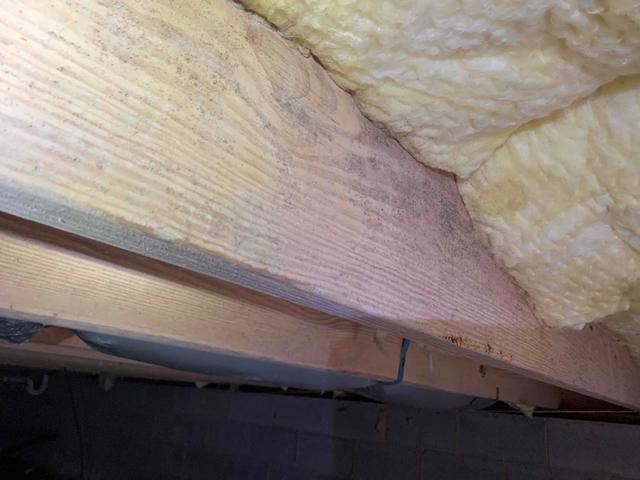 As a result of warm temperatures and high relative humidity, mold and mildew have grown on many of the organic materials of the crawl space, such as the wooden floor joists and subfloor.