This homeowner in Williamsburg called us out to investigate the high humidity within their crawl space. A Home Performance Advisor was sent out to inspect the issues and found that it was quite difficult to maneuver around the crawl space due to the amount of debris scattered around the floor. The existing vapor barrier was also bunched up in areas and much of the dirt flooring remained exposed, allowing the earth's moisture to rise up into the crawl space. The fiberglass batts were also damp with moisture and falling to the ground in large chunks, adding to the debris. We then turned our attention to the foundation walls, which were porous and lined with open vents which allow the outside moisture to seep through them, raising the relative humidity of the crawl space. We needed to seal off the outside influence, and turn this damp and dirty crawl space into an energy-efficient and clean environment. Our Advisor drew up a proposal and we scheduled a date for an encapsulation project. 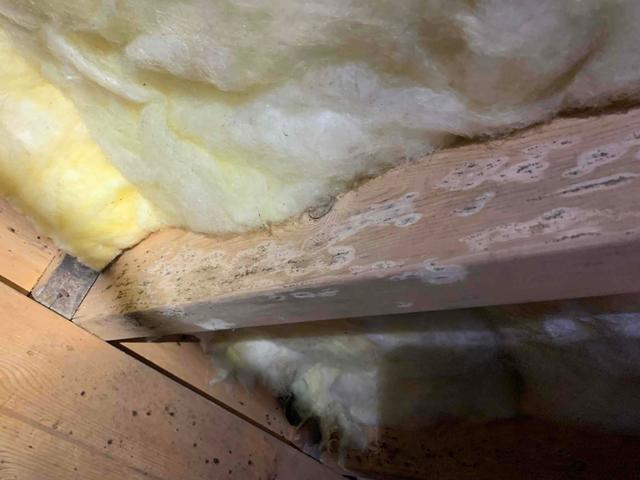 Mold and mildew have grown on many of the wooden floor joists within this crawl space. This can occur on any organic material when the relative humidity of the crawl spaces reaches over 60% during warmer temperatures. The mold spores can then rise into the floors above and irritate those with allergies and asthma. 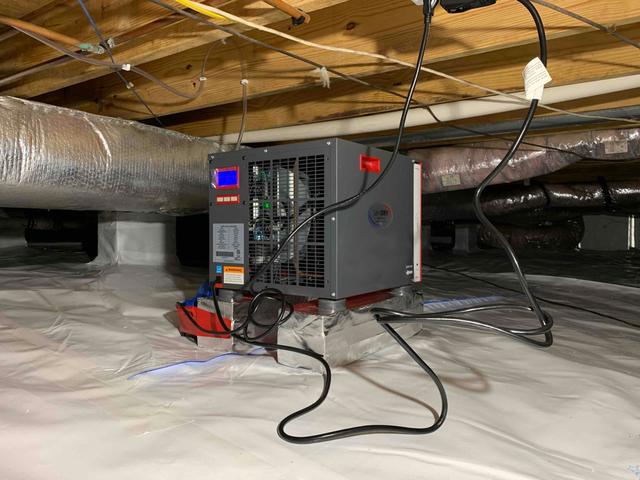 The homeowner did not choose to have the mold and mildew remediated, but did agree to us installing an energy-efficient dehumidifier in the crawl space. This dehumidifier will help to control and regulate the relative humidity and temperature of the crawl space and will circulate dry air around the area. The mold growth will become dormant when the conditions are unfavorable, but we would still propose remediation. 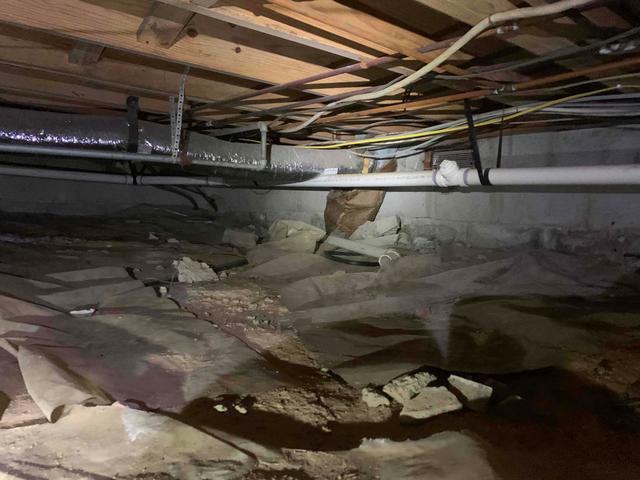 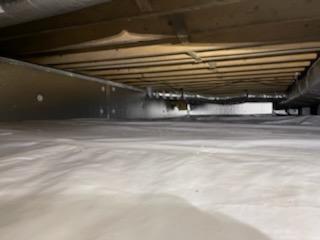 A 10-mil vapor barrier, called CleanSpace Light, was installed over the dirt floor of this crawl space. This durable liner covers the entire crawl space floor, is wrapped around all piers, sealed with vinyl tape, and mechanically fastened to the foundation walls six to eight inches above the outside grade. This vapor barrier will help to protect the crawl space from any moisture rising out of the earth. 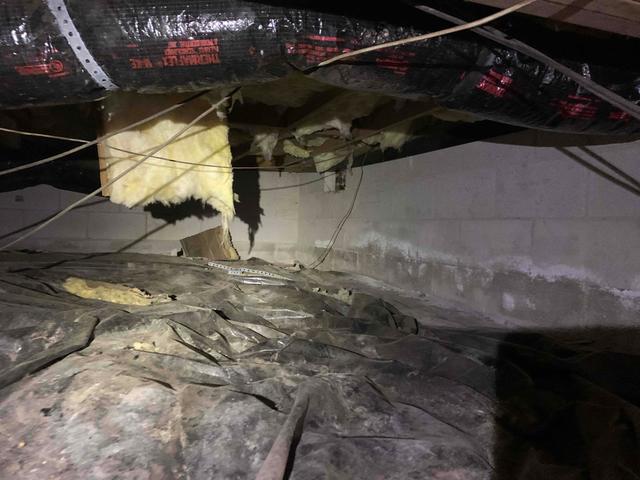 The foundation walls of this crawl space were made with porous cinderblocks, which were allowing the outside moisture to seep through and raise the relative humidity. Open vents also lined these walls, which was allowing the outside air and moisture to flow into the crawl space. This will also lead to mold and mildew growth, higher relative humidity, and higher energy bills. 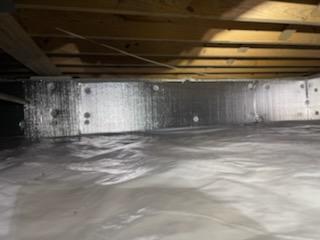 We mechanically fastened and sealed a two-inch foamboard, called SilverGlo, over the foundation walls of the crawl space. At this thickness, the SilverGlo will act as an air barrier and vapor retarder, giving protection to the crawl space from any outside influence. All open vents are internally blocked and sealed with foamboard pieces and can foam before the SilverGlo is installed, maximizing protection.