This homeowner in Williamsburg called us out to inspect possible moisture issues and mold growth within their crawl space. A Home Performance Advisor was called out to evaluate the situation and found that there was indeed an abundance of mold and mildew growth on many of the wooden floor joists. The fiberglass insulation was also littering the crawl space floor in many areas, damp with moisture. The existing vapor barrier covering the floor always had many gaps and tears in it that were allowing the earth's moisture to rise into the crawl space, increasing its relative humidity. We quickly drew up a few proposals for solutions that would mitigate any effect that moisture had on this crawl space. 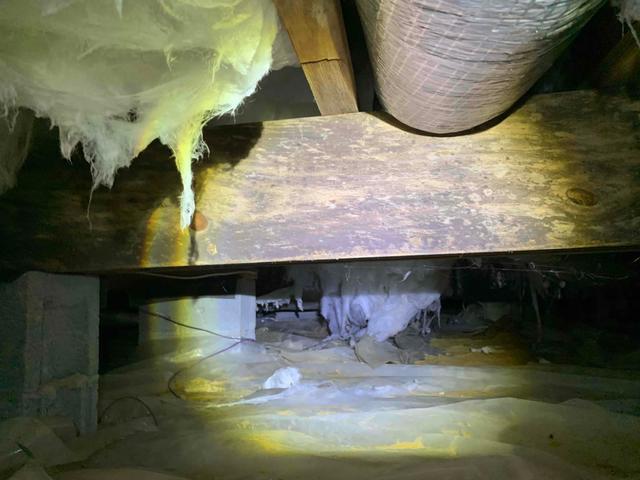 Mold and mildew have formed on many of the wooden floor joists within this crawl space. This can occur on any organic material within the crawl space when the relative humidity reaches over 60% during warmer temperatures. Mold spores and musty odors can often rise into the home above and irritate those with allergies and asthma. 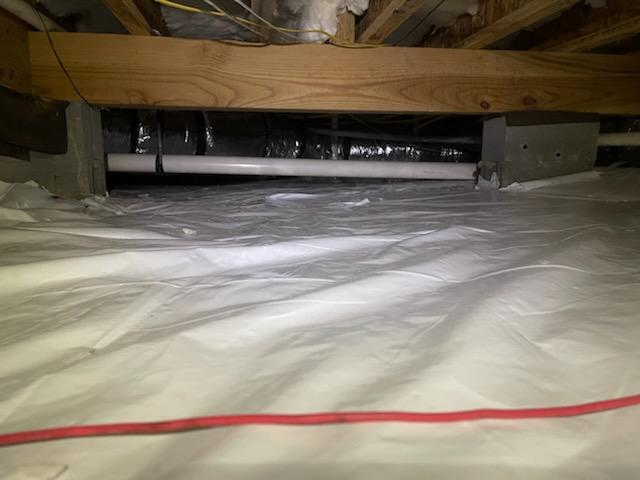 Our installers used an antimicrobial, called Shockwave, to eliminate mold growth from any affected areas. This solution will remove the growth, but it does not remove any staining that is left behind from the growth. It is also important to note that mold and mildew can always reform in these organic areas if the relative humidity and environment of the crawl space are not controlled. 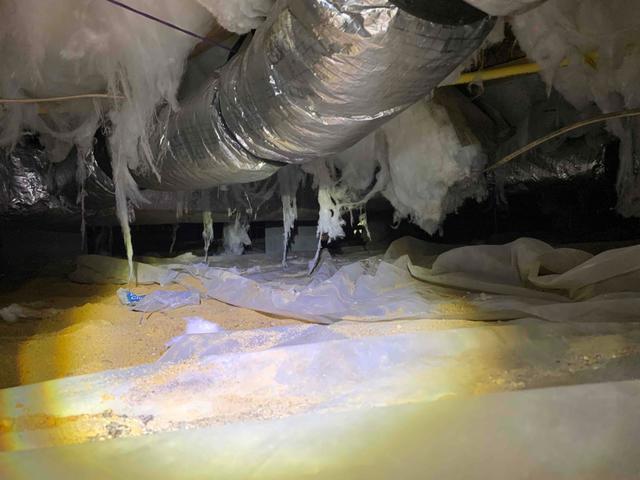 The fiberglass insulation in this crawl space has begun to sag in many places and some damp chunks have fallen to the ground. The earth's moisture is able to rise up through the gaps and tears in the existing vapor barrier and causes the relative humidity to rise. The fiberglass absorbs much of the excess moisture, causing it to become heavy and wet. 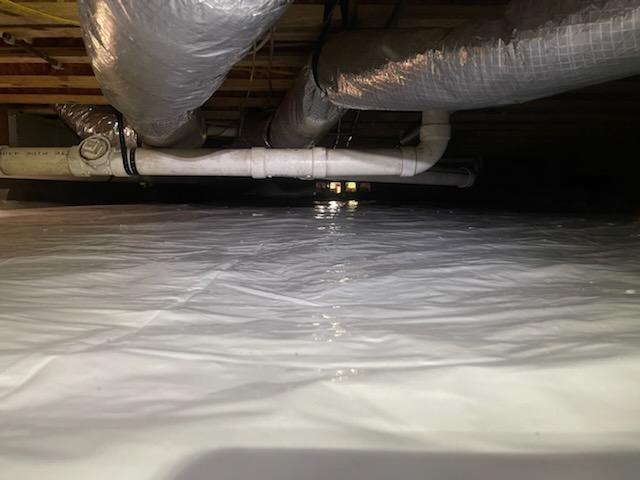 A 10-mil vapor barrier, called CleanSpace Light, was installed over the dirt floor of this crawl space. This will help to protect the crawl space environment from any moisture rising from the earth. Our installers removed the old vapor barrier and fiberglass, then wrapped this vapor barrier around all piers, sealing it with vinyl tape, and mechanically fastening it to the foundation walls about six to eight inches above outside grade. 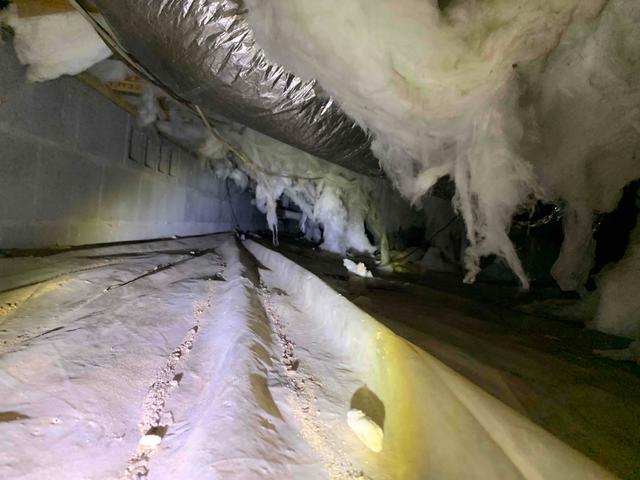 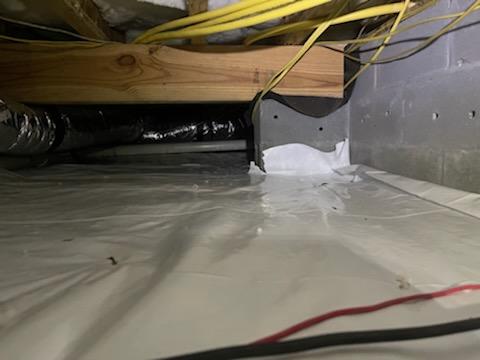 The homeowners decided to replace their old fiberglass insulation with R-19 fiberglass batts. We proposed using closed-cell spray foam or our Foamax foamboard to insulate the foundation walls. This would not only insulate the whole crawl space but would help to seal off the outside air and moisture. The homeowners did decide to have us block the open vents using foam board pieces and can foam to help reduce the free flow of outside air and moisture.