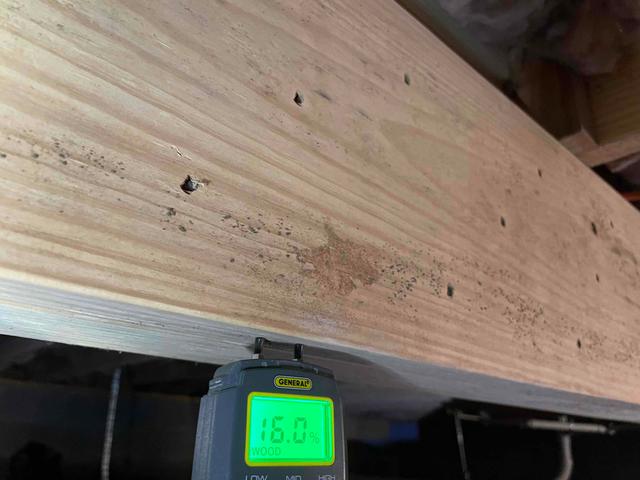 Mold and mildew have formed on many of the wooden floor joists within this crawl space. Mold growth can occur on any organic material so long as the relative humidity reaches around 60% during warmer temperatures. Musty odors and mold spores often find their way up into the home and irritate those with allergies and asthma. 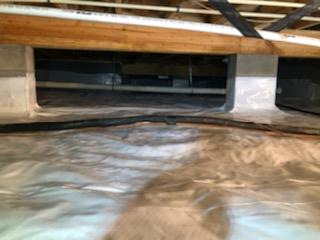 We applied an antimicrobial solution, called Shockwave, to the affected surfaces of the floor joists. This solution will eliminate mold and mildew, but it does not remove any staining left behind from the growth. It is also important to note that the mold can grow back on organic materials if the relative humidity and temperature are not controlled. 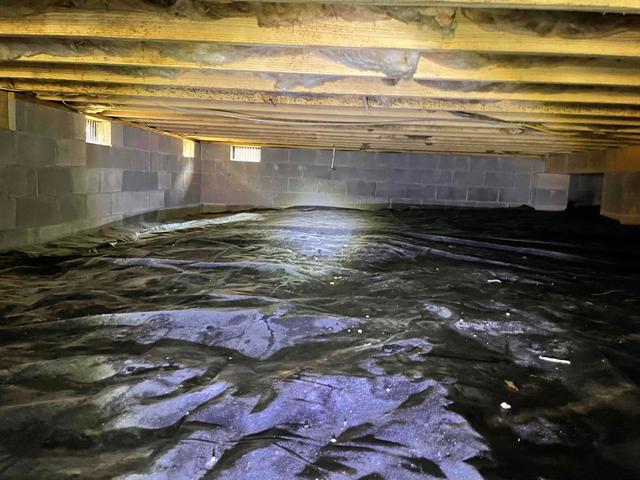 There were many gaps in the existing vapor barrier of this crawl space. These gaps and holes allow the earth's moisture to rise into the crawl space and affect the relative humidity. The rise in relative humidity can lead to condensation, moisture damage, and mold growth. 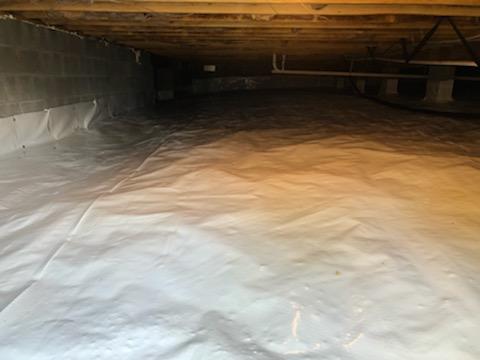 We installed a durable 10-mil vapor barrier, called CleanSpace Light, over the dirt floors of this crawl space. This 7-layer polyethylene liner is wrapped around all piers, sealed with vinyl tape, and mechanically fastened to the foundation walls six to eight inches above outside grade, giving the crawl space better protection from the earth's moisture. 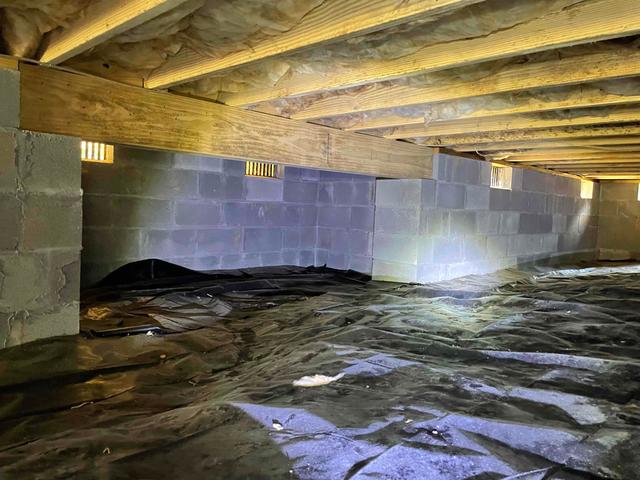 The foundation walls of this crawl space were made with porous cinderblocks, which allow moisture to seep through them and elevate the relative humidity. These walls were also lined with open vents which allow the outside air and moisture to flow freely into the crawl space and affect the environment. 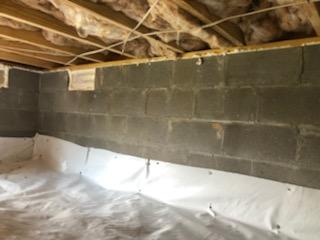 The homeowners did not choose to move forward with our proposal on insulation, but we would prefer to use an R10 value of closed-cell spray foam or our Foamax insulation foam boards to cover the foundation walls. This would not only insulate the crawl space but would also act as an air barrier and vapor retarder. We did, however, internally block the open vents lining the foundation walls using custom foam board pieces and can foam. This will block the free flow of outside air and moisture.