This homeowner in Chester, VA called us out to inspect their crawl space for moisture damage. We sent out a Home Performance Advisor to evaluate the situation and found that there was a large amount of mold and mildew growth upon many of the floor joists, there was no visible vapor barrier protecting the crawl space from the earth's rising moisture, and the foundation walls were made with porous cinderblocks, allowing the outside moisture to seep in and raise the relative humidity. The photographs that are shown below display moisture issues that are commonly found within Virginian crawl spaces with a description of why it can affect the homeowners. 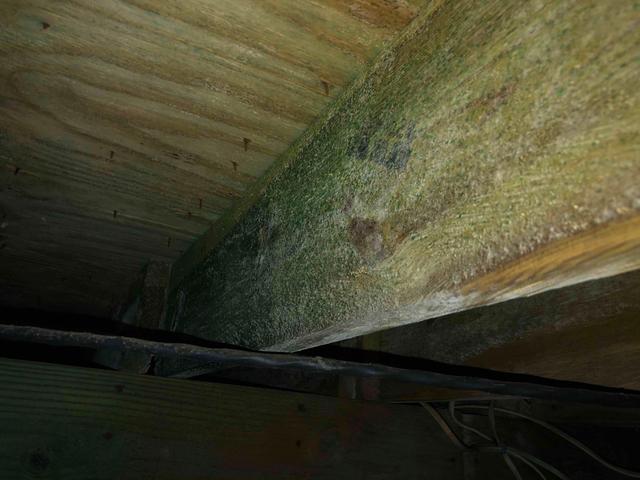 Mold and mildew have grown on many of the wooden floor joists in this crawl space. Mold growth can occur on any organic material in the crawl space so long as the relative humidity reaches over 60% during warmer temperatures. Mold spores and musty odors can then rise into the home and irritate those with allergies and asthma. 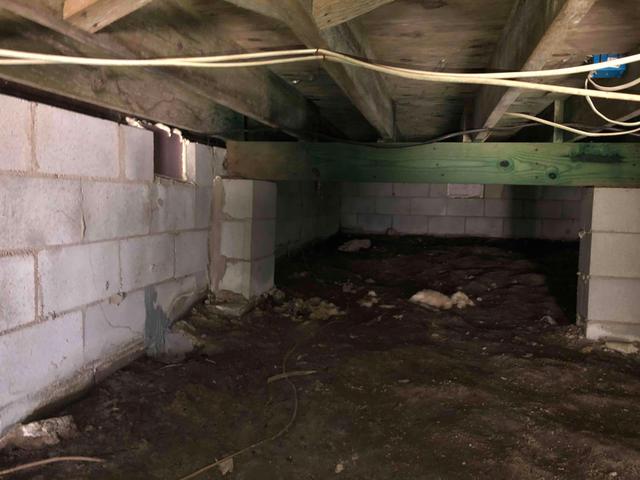 The dirt flooring of this crawl space remains exposed, allowing the earth's moisture to rise into the crawl space and affect the relative humidity and environment. Excessive moisture can lead to condensation, mold growth, and moisture damage to materials. This muddy and damp environment also makes it difficult for service persons to maneuver around the crawl space. 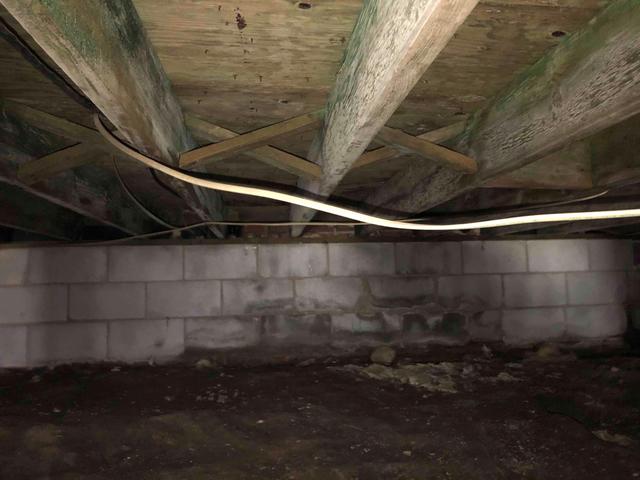 The walls of this crawl space were made with porous cinderblocks, and efflorescence is visible along the walls. This suggests that moisture seeped through these walls, bringing along with it the inner salts and sediments to the surface, creating a chalky, powdery substance on the cinderblocks. The moisture seeping through can affect the relative humidity and environment. 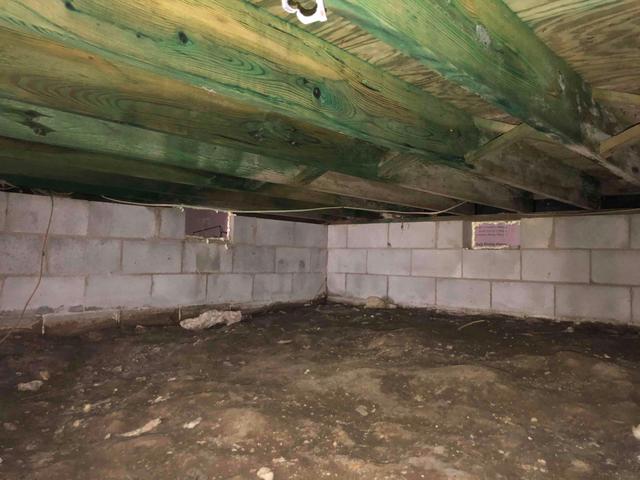 Open vents lined the foundation walls of this crawl space. This is allowing the outside air and moisture to freely enter the crawl space, where it becomes trapped. During the cooler season, the invading air can make the upper floors cold and uncomfortable, while in the warmer season the moisture can raise the relative humidity. Cutting off the crawl space from any outside influence will help lower energy bills and make the home healthier and more comfortable.