This homeowner in Williamsburg called us out to inspect her crawl space for possible moisture issues and damage. We sent out one of our Home Performance Advisors to evaluate the situation below the home. We noticed that there was mold and mildew growth on many of the wooden floor joists, and the fiberglass insulation batts were falling to the ground in large chunks due to excessive moisture. Many areas of the dirt floor remained uncovered and exposed, allowing the earth's moisture to freely rise and affect the crawl space's relative humidity and environment. We also noticed that the porous foundation walls were not sealed or insulated, allowing the outside air and moisture to seep through and hinder the crawl space environment. The advisor proposed several solutions and services that would help protect the crawl space from any outside infiltration. 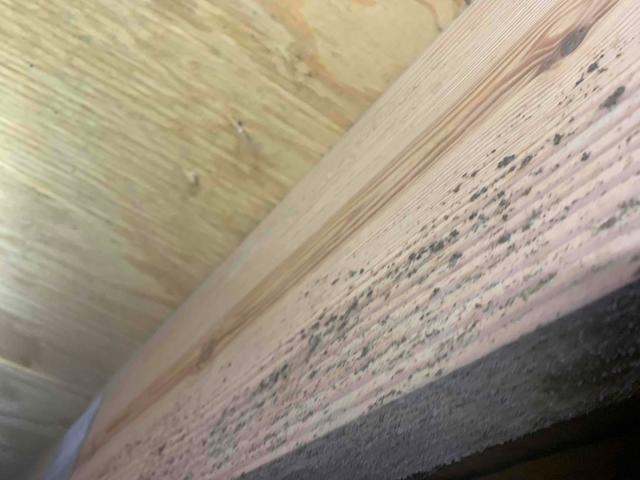 Mold and mildew have formed along many of the wooden floor joists in this crawl space. Mold growth can occur on any organic material if the relative humidity reaches over 60% during warmer temperatures. Musty odors and spores can rise into the home above and irritate those with allergies and asthma. 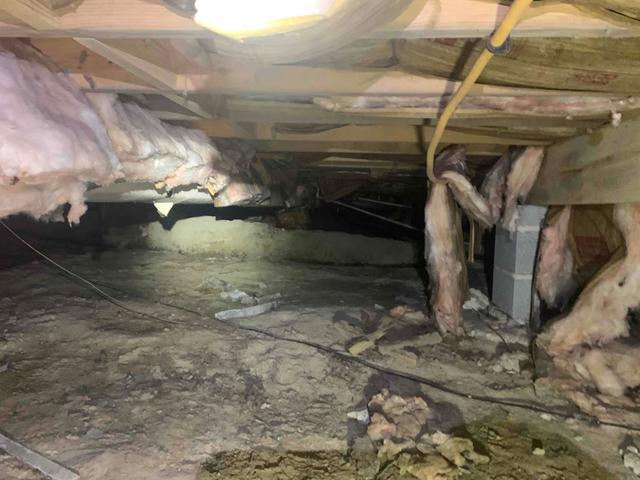 Many areas of this dirt floor crawl space remain exposed and unprotected by any sort of liner or vapor barrier. This allows the earth's moisture to rise into the crawl space, raising the relative humidity. The fiberglass batts positioned in the floor joists absorb much of the excessive moisture and begin to tear apart under the extra weight. 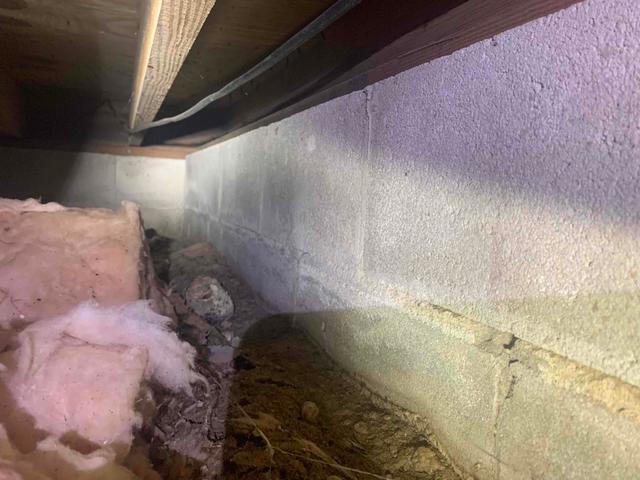 The crawl space walls are uninsulated and unsealed. Moisture is able to seep through these porous cinderblocks and raise the relative humidity. Open vents lining the walls further disrupt the crawl space environment, allowing the outside air and moisture to freely enter. During the winter seasons, the cold air that enters the crawl space becomes trapped, causing the floor above to also be cold and uncomfortable for homeowners. 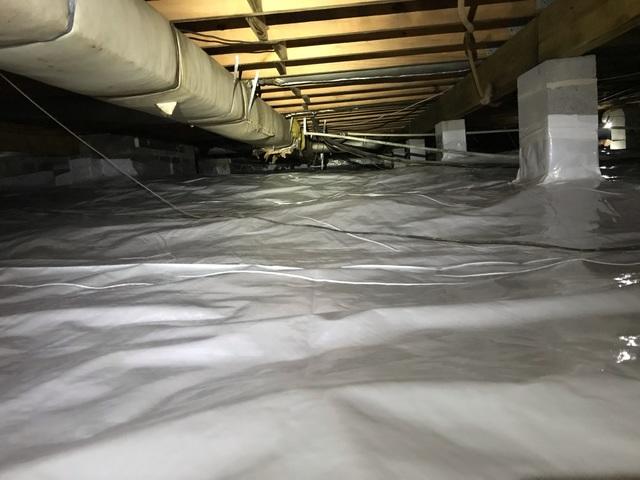 A durable 10-mil vapor barrier, called CleanSpace Light, was installed over the dirt flooring of this crawl space. It gets wrapped around all piers, sealed with vinyl tape, and mechanically fastened to the foundation walls six to eight inches above outside grade. This vapor barrier will help to keep the earth's moisture from rising into the crawl space and raising the relative humidity. 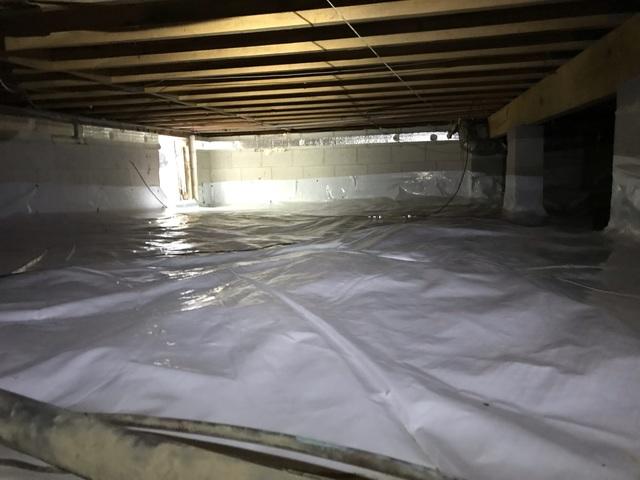 As of now, the foundation walls remain unsealed and uninsulated. Eventually, the homeowners plan to have the walls covered with an R10 value of closed-cell spray foam. At 1.5 inches thick, closed-cell spray foam acts as an air barrier and vapor retarder, giving the crawl space protection from the outside influence. The open vents lining these walls would also be internally blocked and sprayed over. 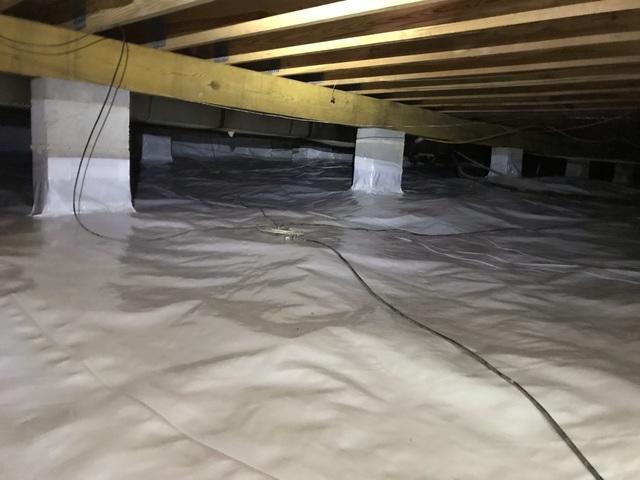 An antimicrobial, called Shockwave, was used to spot clean the various affected floor joists in this crawl space. Shockwave will eliminate the mold and mildew growth, but it will not remove any staining left behind by the growth. It is also important to note that the mold can regrow if the relative humidity, temperature, and environment of the crawl space are not controlled and regulated.