Contact Us Online 1-833-933-3111
Photo Gallery
Home»Crawl Space Moisture Control»Photo Gallery»Cutting Off The Outside Influence in a Louisa, VA Crawl Space

This homeowner in Louisa called us out to evaluate the possible moisture issues within their crawl space. They were interested in encapsulating and sealing their crawl space off from the outside, so we sent one of our Home Performance Advisors to inspect their situation. We found that many areas of the dirt floor were exposed, allowing the earth's moisture to rise into the crawl space and raise the relative humidity, which can lead to mold growth, condensation, and moisture damage to materials. The porous cinderblock walls were also uncovered and lined with open vents, allowing outside air and moisture to further affect the relative humidity and environment. This can lead to higher energy bills, cold floors during the winter, and mold growth during the warmer seasons. Our Advisor drew up a proposal for many solutions and services to help mitigate the outside influence and protect the crawl space from excessive moisture. 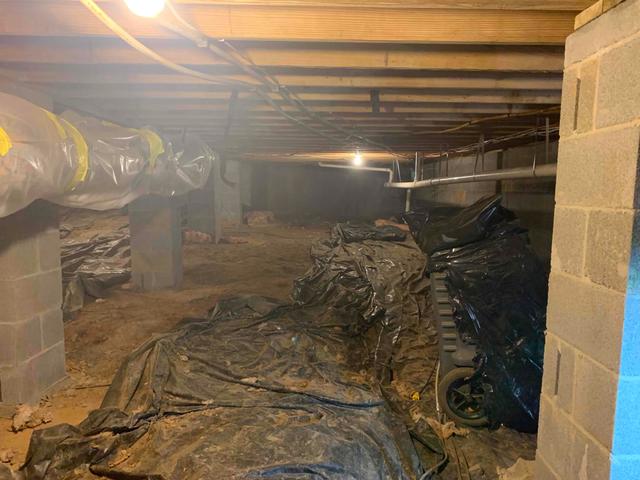 Many areas of this dirt floor crawl space are exposed, allowing the earth's moisture to rise into the crawl space and affect the relative humidity. This can lead to mold and mildew growth, and the messy and debris-covered floors make it difficult for service persons to maneuver around the crawl space. 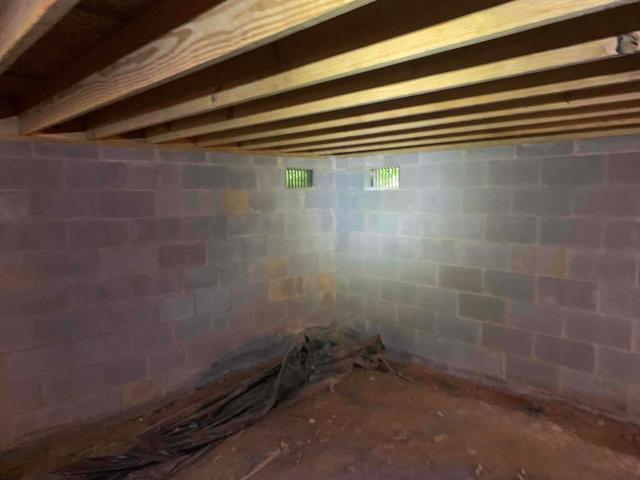 These crawl space walls are made with porous cinderblocks, which can allow moisture to seep through them and affect the relative humidity and environment. Efflorescence can also occur along these walls when the moisture seeps through them, bringing along with it the inner salts and sediments to the surface, creating a chalky, powdery substance on the walls. 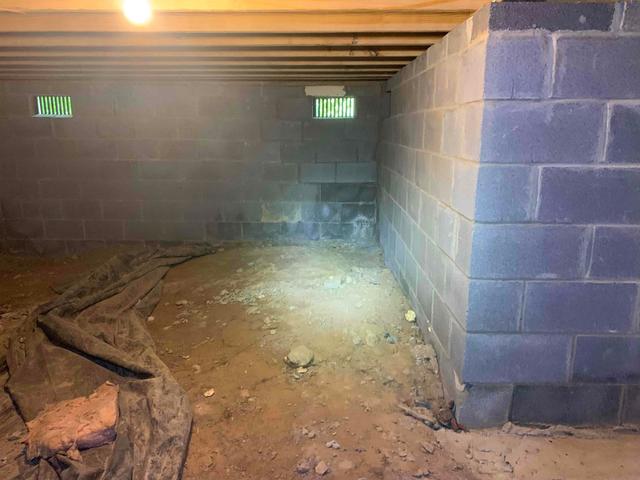 Many open vents lined the walls of this crawl space, which can allow the outside air and moisture to freely enter the crawl space, where it becomes trapped and affects the relative humidity and environment. In the winter, the cold air can have a major influence on the crawl space temperature, which can then cause the floors above to be cold and uncomfortable, and cause the heating system to work harder than it needs to, raising the homeowner's energy bills. 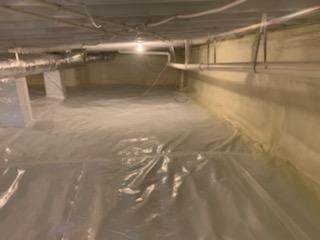 We installed a durable 10-mil vapor barrier, called CleanSpace Light, over the dirt flooring of this crawl space. This liner gets wrapped around all piers, sealed with vinyl tape, and mechanically fastened over the foundation walls six to eight inches above grade. CleanSpace is perfect for protecting the crawl space from any moisture rising from the earth and comes with an antimicrobial, called UltraFresh, built into the material to help prevent mold growth upon the vapor barrier, itself. 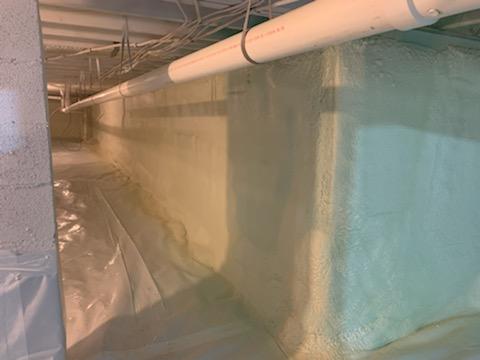 We applied an R-10 value of closed-cell spray foam over the walls of this crawl space. This will not only insulate the crawl space but act as an air barrier and vapor retarder, protecting the crawl space from any outside influence. A two-inch viewing stip is left at the top of the walls for termite inspectors. 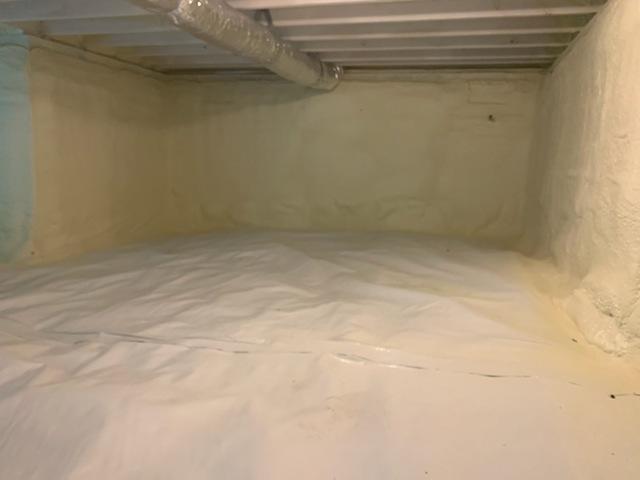 We internally blocked the open vents lining the walls of the crawl space using custom-fit foamboard pieces and sealed them with can foam. Then, we sprayed over the vents with the closed-cell spray used to insulate the foundation walls. This will block the outside air and moisture from entering the crawl space through the vents and from affecting the relative humidity and environment.