This homeowner in Glen Allen called us out to inspect their crawl space for moisture issues and to propose solutions and services for encapsulating and sealing their crawl space. One of our Home Performance Advisors was sent out to investigate and found that there were many problems as a result of outside infiltration of the crawl space. Mold and mildew had begun to form along many of the floor joists, certain areas of the vapor barrier were not sealed properly, allowing the earth's moisture to rise into the crawl space, and there was nothing to insulate and cover the porous foundation walls. Our Advisor drew up a proposal with a variety of solutions to help protect this crawl space from any outside influence. 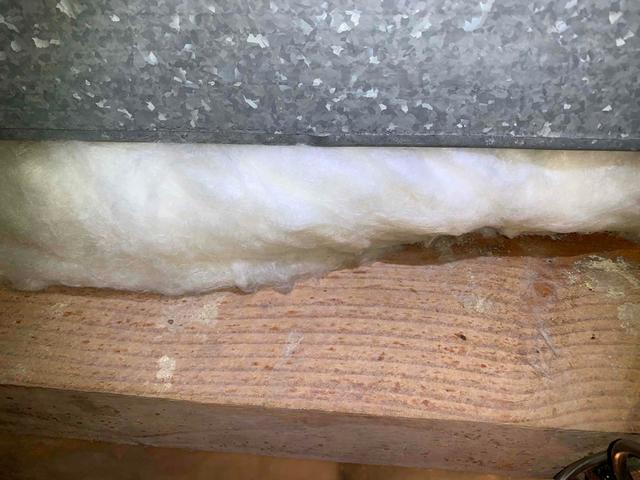 Mold and mildew have formed on many of the wooden floor joists in this crawl space. This can occur on any type of organic material so long as the relative humidity reaches over 60% during warmer temperatures. Musty odors and mold spores can find their way up into the home and irritate those with allergies or asthma. 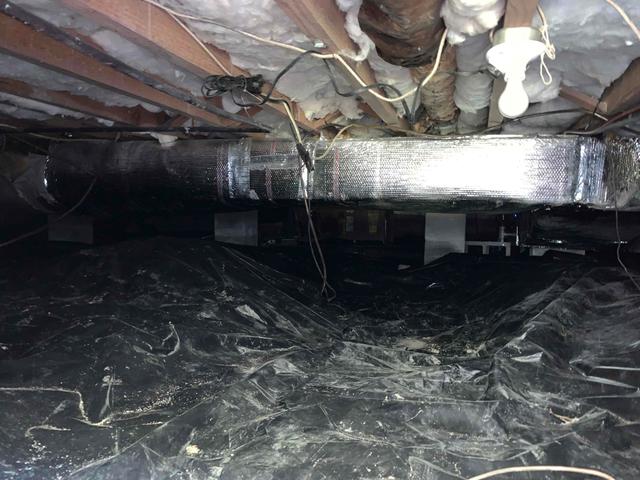 A 10-mil vapor barrier was originally installed over the dirt flooring of the crawl space. This liner was not sealed around any of the piers, nor was it mechanically fastened and sealed to the foundation walls. The gaps in the liner allow the earth's moisture to rise into the crawl space and affect the relative humidity and environment. 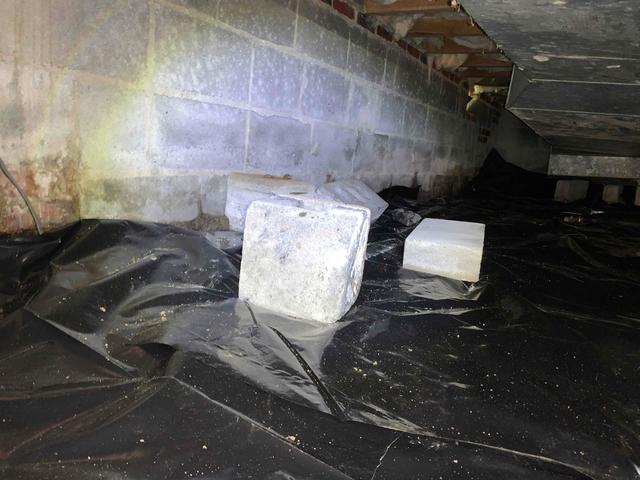 Efflorescence is visible along the foundation walls of the crawl space, indicating that moisture has seeped through these porous cinderblocks, bringing along with it the inner salts and sediments to the surface, creating a chalky, powdery substance along the walls. Any air and moisture leaking into the crawl space can raise the relative humidity, cause the upper floors to be cold during winter, and raise the energy bills for the homeowners. 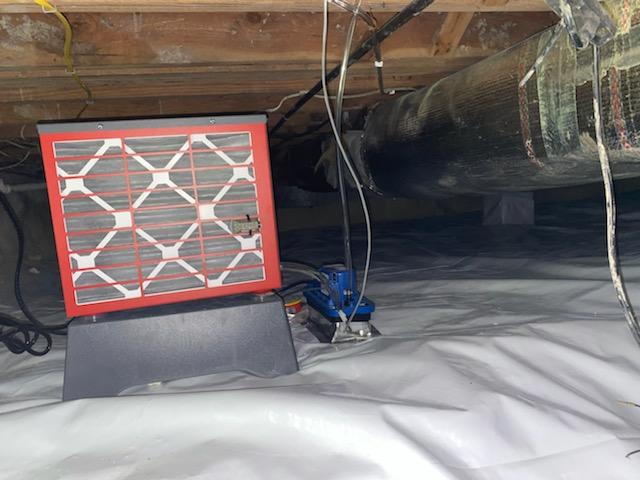 An antimicrobial, called Shockwave, was applied to the wooden floor joists of the crawl space. This application will eliminate mold and mildew growth, but it does not remove any staining left by the growth. A SaniDry Sedona dehumidifier was placed within the crawl space to help control and regulate the temperature and relative humidity, which will help to prevent future mold growth. 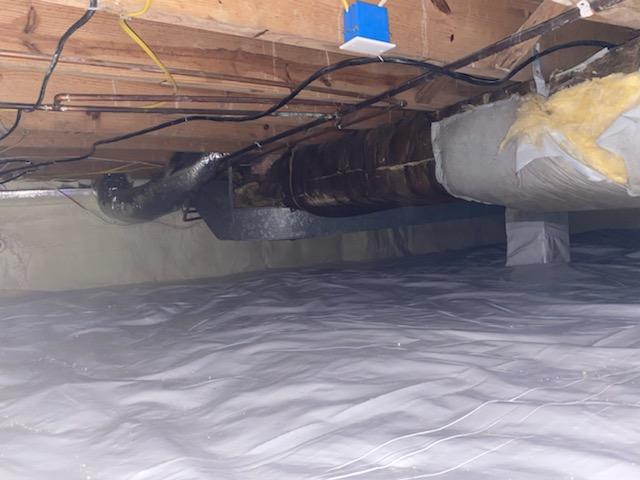 A durable 10-mil vapor barrier, called CleanSpace Light, was installed over the dirt flooring of the crawl space. The CleanSpace was wrapped around all piers, sealed with vinyl tape, and mechanically fastened to the foundation walls six to eight inches above outside grade. This will help to protect the crawl space environment from moisture rising out of the earth. 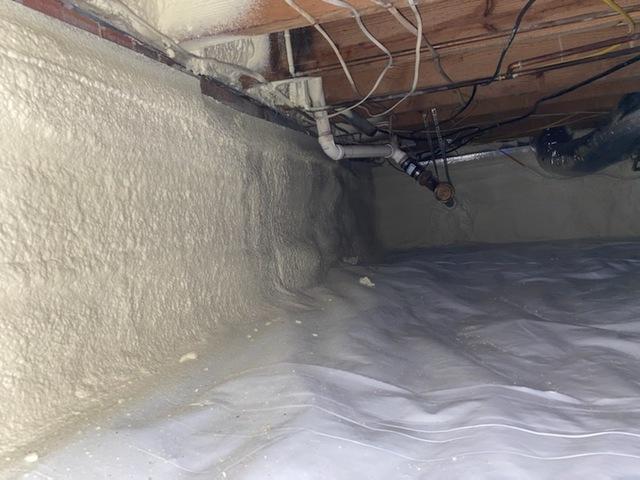 An R-10 value of closed-cell spray foam was applied over the foundation walls of the crawl space. This acts as an air barrier and vapor retarder and will not only insulate the crawl space but will also help to prevent any outside influence from affecting the relative humidity and environment. A two-inch viewing strip is left along the top of the walls for termite inspectors.