This homeowner in Henrico called us out to inspect their crawl space for possible moisture infiltration and any issues that may be occurring. One of our Home Performance Advisors was sent out with the task of evaluating their home and crawl space and providing them with a free estimate and proposal on a number of solutions and services. Upon inspection, we found that there was nothing to protect the crawl space from outside air and moisture infiltration through the porous cinderblock walls and open vents. Due to excessive moisture content, the damp fiberglass insulation batts were beginning to sag and fall out of the floor joists, mold and mildew growth was forming along many of the wooden floor joists, and many areas of the dirt flooring were exposed, leaving the crawl space to the mercy of the earth's moisture rising up. Our Advisor drew up several solutions to help mitigate the outside's influence on the crawl space, and to leave the homeowners with lower energy bills and a more comfortable house. 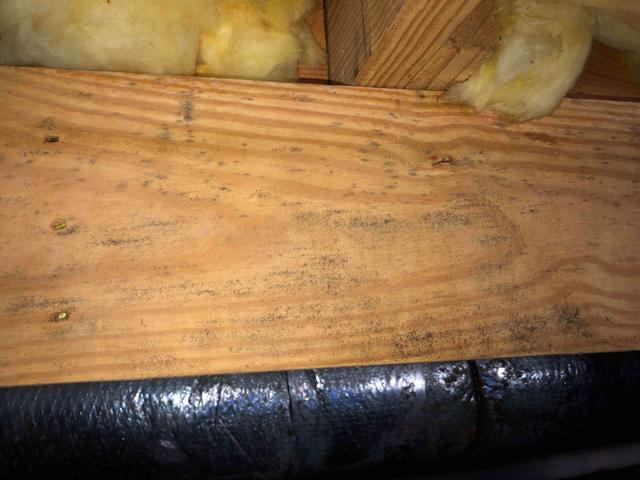 Mold and mildew have grown on many of the organic materials within the crawl space. This can occur on any organic materials when the relative humidity reaches over 60% during warmer temperatures. Mold spores and musty odors can find their way up into the home and irritate those will allergies or asthma. 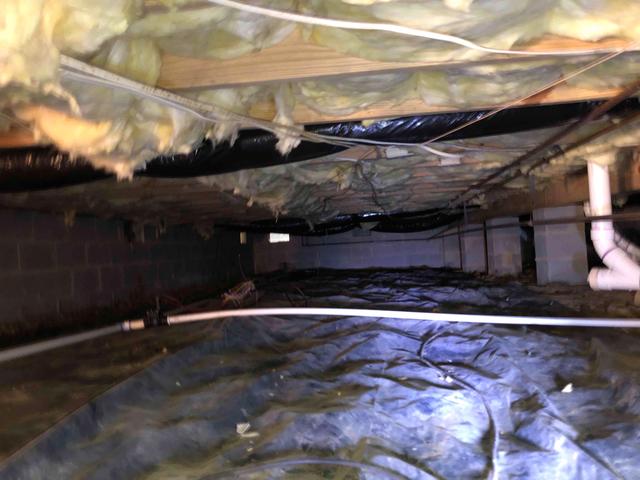 Many of the fiberglass insulation batts are damp with moisture and are beginning to fall out of the floor joists in large chunks. The fiberglass will absorb much of the moisture in the crawl space, and even mold or mildew can begin to grow on the paperbacks of batts if present. The subfloor above can become exposed and lead to drafts and cold floors during the winters. 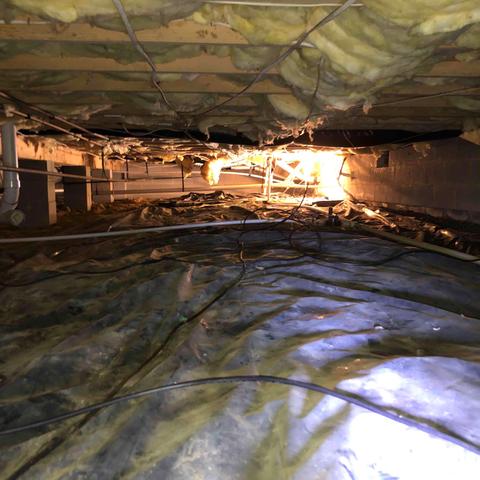 The 6-mil vapor barrier that was originally lining the crawl space floor was ripped in several places, nor was it sealed around all piers and fastened to the foundation walls. The exposed areas allow the earth's moisture to rise into the crawl space and affect the relative humidity and environment. If the relative humidity reaches 100%, condensation can occur, and dirty puddles can form along the vapor barrier, making it difficult and messy for service persons to navigate through the crawl space. 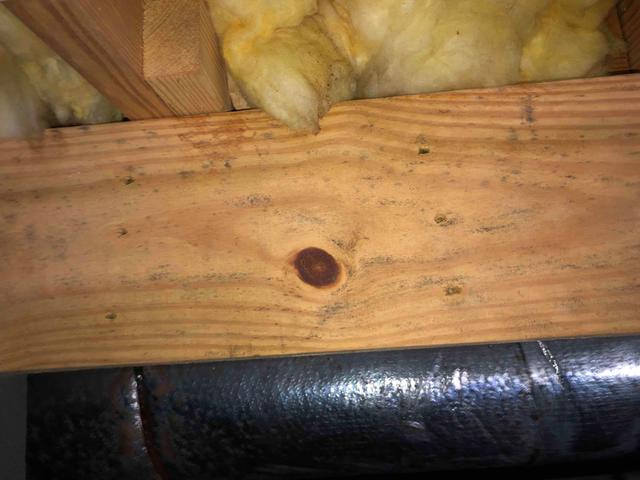 The mold and mildew growth in this crawl space may have been minor, but it could still send musty odors up into the home. The homeowner chose not to have us remediate the growth, but our proposal was to use an antimicrobial, called Shockwave, to eliminate mold growth on any affected floor joists and structures. Shockwave is perfect for killing the mold or mildew growth, but it would not clean off any staining left behind from the growth. 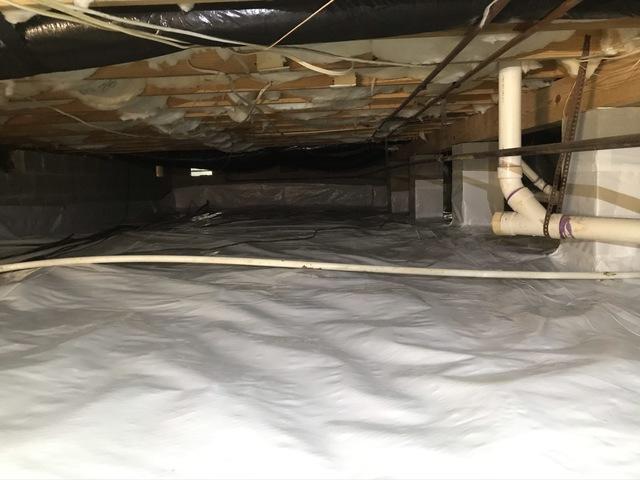 The existing damp fiberglass batts were removed from the crawl space and replaced with our own fiberglass batts with an R-19 value. While this may insulate the floor above, we proposed moving the insulation to the foundation walls, using closed-cell spray foam or Foamax foamboard. This would not only allow us to seal off the outside air and moisture, but also insulate the crawl space. 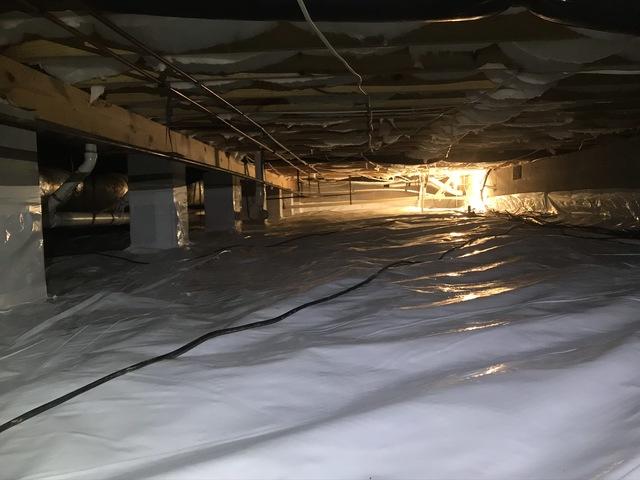 We installed a durable 10-mil vapor barrier, called CleanSpace, over the dirt flooring of this crawl space. The liner is wrapped around all piers, sealed with vinyl tape, and mechanically fastened to the foundation walls six to eight inches above outside grade. CleanSpace Light will help to reduce the effects that the earth's moisture would have on the crawl space, and it comes with an antimicrobial, called UltraFresh, built into the material to fight off mold growth.