This homeowner in Virginia Beach, VA called us out to inspect their crawl space for moisture damage. We sent out one of our Home Performance Advisors to evaluate the situation and found that the crawl space was in a rough state. Mold and mildew growth had formed along many of the organic materials, much of the dirt flooring remained exposed, allowing the earth's moisture to rise into the crawl space, and efflorescence was visible along the porous foundation walls. The Advisor drew up a proposal to help control the relative humidity and condition of the crawl space while protecting it from any outside influence. 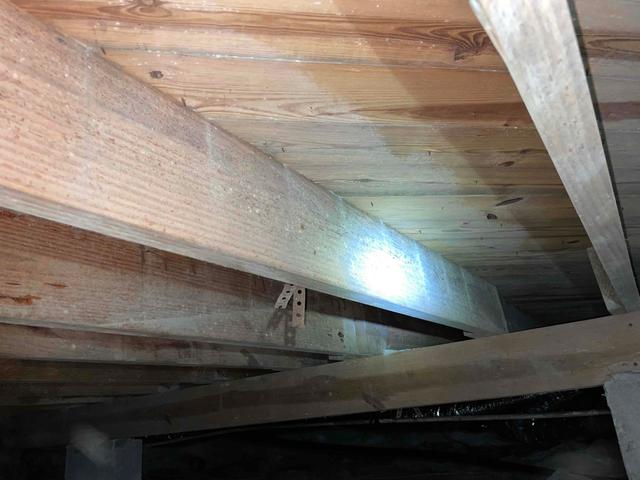 Mold and mildew have formed along the floor joists of this crawl space. This occurs on organic materials when the relative humidity reaches over 60% during warmer temperatures. Musty odors and mold spores can find their way up into the home and irritate those with allergies and asthma. 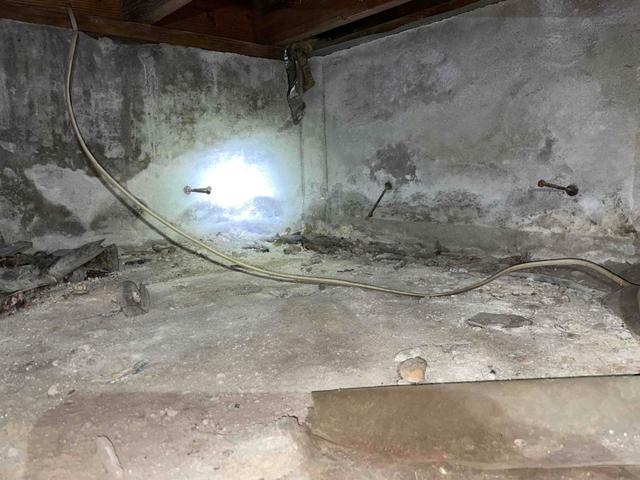 There are many exposed areas of the crawl space where the earth's moisture can rise into the area and raise the relative humidity. This can lead to cold floors in the winter, high energy bills, and mold or mildew growth. The floors were also littered with debris and old material, making it difficult for service persons to maneuver around the crawl space. 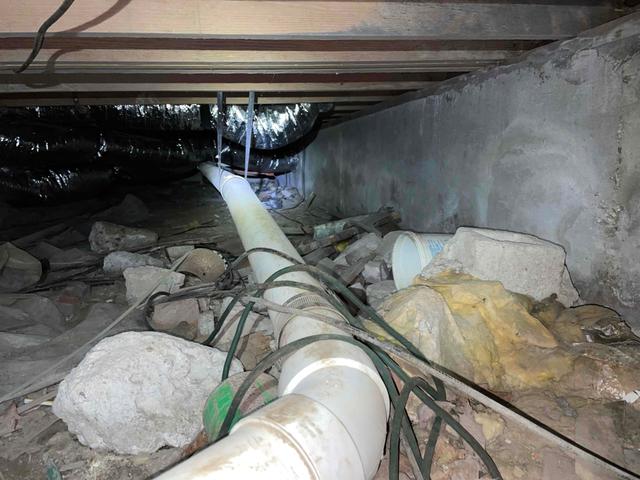 The walls of this crawl space were created using poured concrete. These walls are less porous than the typical cinderblock walls, but moisture can still seep through over time. When water forces its way through the walls, it brings along with it the inner salts and sediments to the surface. The discoloring and chalk-like substance on the walls is proof of this. It is also possible that the moisture has leaked in through the rim and band. 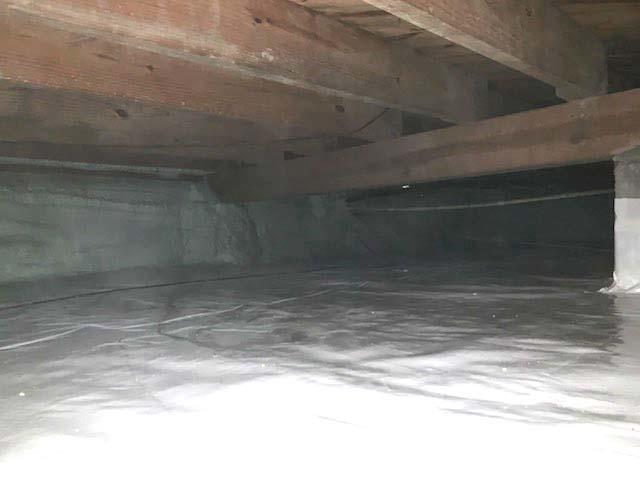 An antimicrobial, called Shockwave, was applied to the affected floor joists to help eliminate mold growth. Shockwave is an antimicrobial designed to destroy mold and mildew on organic materials, however, it does not remove the staining left behind by the growth. It is also important to note that mold can grow back if the environment of the crawl space is not controlled. 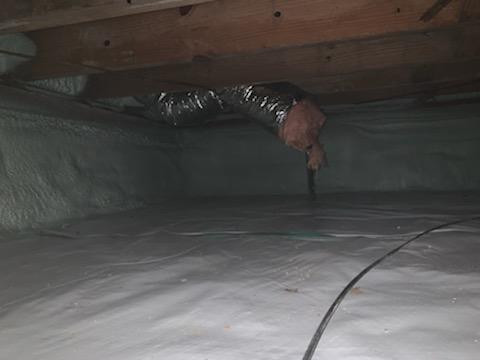 A 10-mil CleanSpace vapor barrier was installed over the dirt flooring of the crawl space. This 5-layer polyethylene liner is wrapped around all piers, sealed with vinyl tape, and mechanically fastened to the foundation walls six to eight inches above outside grade. CleanSpace will help to prevent the earth's moisture from rising into the crawl space and affecting the relative humidity and environment. 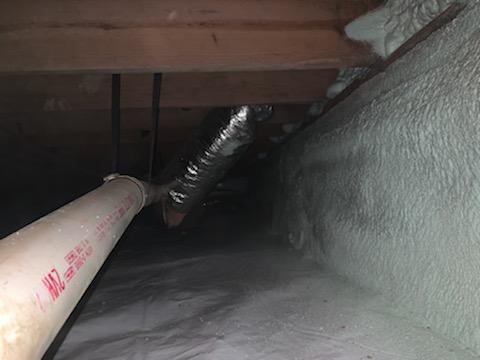 An inch and a half thick application of closed-cell spray foam was used to cover the foundation walls. This will not only insulate the crawl space but also act as an air barrier and vapor retarder, giving protection to the crawl space from outside influence. A two-inch viewing strip is left for termite inspectors.