This homeowner in Midlothian, Virginia called us at The Drying Company to discuss the odd, musty smells they have been experiencing inside the home. We sent out one of our highly trained Home Performance Advisors to investigate their concerns.

Upon inspection of the crawl space, we found that there was an abundance of mold and mildew growth on the subfloor, the floor joists, and the paper backing of the fiberglass insulation. Mold growth can occur on organic materials when the relative humidity in the crawl space is approximately 60% with warm temperatures. It is extremely likely the musty odors our homeowners are experiencing inside the home are a result of odors in the crawl space from moisture, mildew, and mold being pulled up into the home via the stack effect.

The excess moisture in the crawl space hadn’t just resulted in microbial growth and odors, it was also causing damage to the insulation. Many of the fiberglass batts were falling out of the floor joists and littering the crawl space floor. The fiberglass was acting much like a sponge and absorbing the moisture, which pulls the insulation apart and causes it to sag and fall with the extra weight, leaving the subfloor exposed. When fiberglass insulation is even a little damp, it loses a lot of its insulation value, so this wet, falling, damaged insulation is not doing much to help these homeowners. Moisture enters the crawl space from the earth, through block walls, and through open foundation vents.

The existing 6-mil vapor barrier was unsealed and damaged in many places. The dirt floor of the crawl space is exposed, allowing the earth’s moisture to freely rise into the crawl space and the relative humidity. It is also a nightmare for service people to crawl over the wet dirt flooring without a proper vapor barrier.

We noticed the efflorescence, a white powdery residue left on the foundation walls as moisture seeps through the porous block and pulls the minerals in the block with it to the surface. Open vents lining the foundation walls allow outside air and moisture to flow into the crawl space and become trapped. The homeowners wanted a solution that would address the mold and mildew in the crawl space that was likely causing the odors in their home.

After reviewing their options, the homeowners determined that encapsulating their crawl space would not only address their concerns but likely prevent any future odor-causing problems. Our install team set to work removing the existing vapor barrier, debris, and fiberglass insulation from the crawl space. Then we used an antimicrobial called Shockwave to remediate the mold and mildew growth.

We sealed the crawl space from the earth’s moisture with a heavy-duty 20-mil CleanSpace vapor barrier. CleanSpace is durable, much like a pool liner. We sealed all seams, wrapped the piers, and mechanically fastened it to the foundation walls six to eight inches above outside grade.

After the vapor barrier was installed, our professionals moved on to the foundation walls and open vents lining those walls. Open vents are then sealed with foam board, blocking off those open gateways for outside air and moisture to easily enter through. The installers applied an R-10 of closed-cell spray foam to the foundation walls, leaving a 2-inch viewing strip at the top of the foundation wall for termite inspections per VA Building Code. At a thickness of 1½ inches, the spray foam acts as an air barrier and vapor retarder.

The homeowners will now get to experience the benefits of owning a sealed and insulated crawl space, such as lower energy bills, no musty odors, better air quality, and warmer floors during the colder seasons. The homeowners will not have to worry about future mold or mildew growth in the crawl space contributing to musty odors inside the home. An encapsulation can also offer added benefits such as protecting your home’s foundation from future moisture damage, warmer floors, reduced energy bills or even improved indoor air quality.

If you are experiencing any moisture issues within your home or crawl space, or perhaps smelling the musty odor of mold and mildew, then please give The Drying Company a call! We would love to assist you with any of your crawl space needs. Let us help you keep the outside, outside!

If you are experiencing musty odors in your home, the culprit may be your crawl space. Call us at The Drying Company for a free inspection and estimate and let us help you keep the outside, outside! 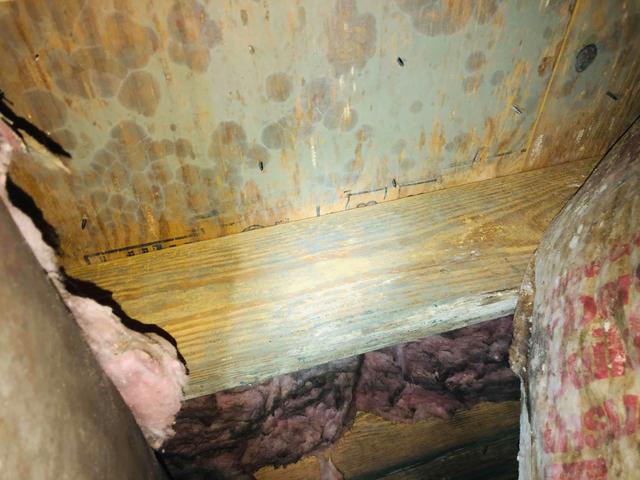 Mold and mildew growth is visible on many of the organic materials within the crawl space, such as the wooden floor joists. 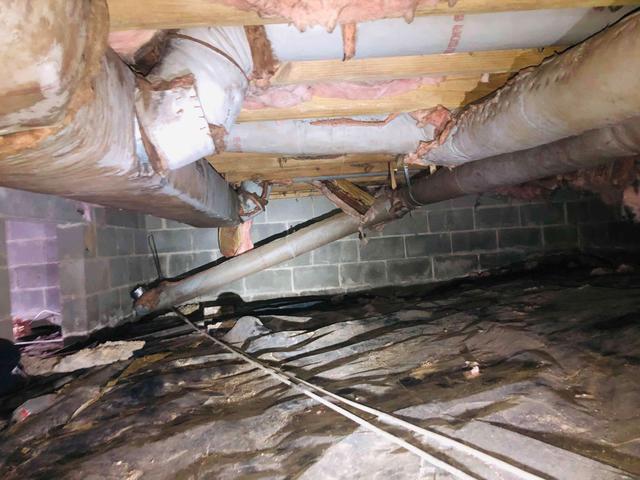 The dirt floor of the crawl space is exposed in many places due to the inadequate 6-mil vapor barrier installed and is allowing the earth's moisture to rise into the crawl space. 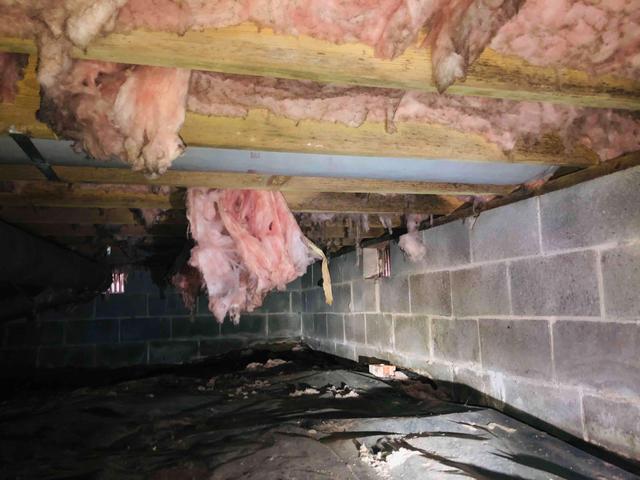 Outside air and moisture are seeping through these porous cinderblock walls, affecting the relative humidity and environment of the crawl space. 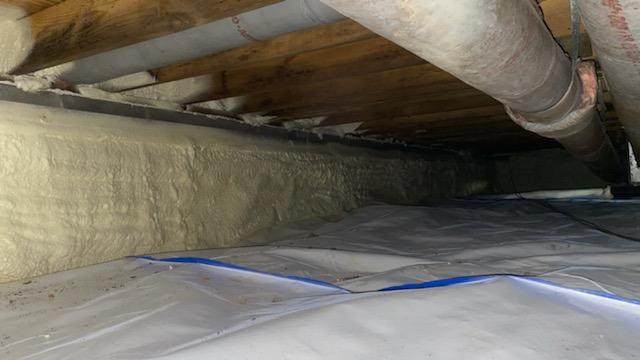 A heavy-duty 20-mil CleanSpace vapor barrier has been installed to help prevent moisture from rising out of the earth to enter the crawl space. 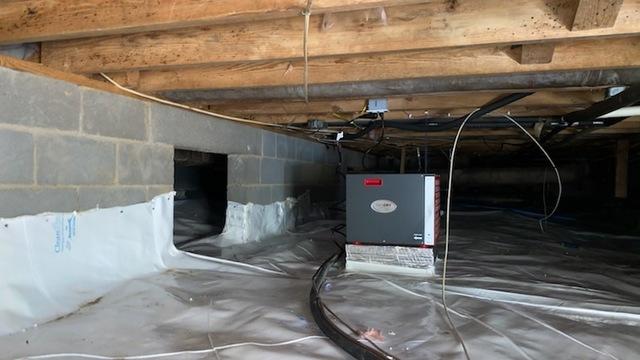 A Sanidry Sedona dehumidifier has been placed within the crawl space to help control the relative humidity. A Little Giant sump pump is attached to drain any moisture gathered out of the crawl space.