This Chesterfield, VA homeowner contacted us because they had concerns with water in their crawl space.

During our inspection, we found that there was a significant groundwater issue in the crawl space, it was easy to see water on top of the vapor barrier, and pooled underneath it. It had resulted in mold growth on the joists and insulation had begun to fall.

At this time, the homeowner just wanted to address the groundwater. To do so, we installed an interior french drain system in the crawl space. The system runs the perimeter of the crawl space and through the center of the crawl, creating a drainage plane and directing the water into the system. The drain will lead to the SuperSump system which contains a 1/2 hp pump. The SuperSump will discharge outside of the crawl space and to a spot on the property indicated by the homeowner. We also removed any debris and the old damaged vapor barrier and installed a new liner. 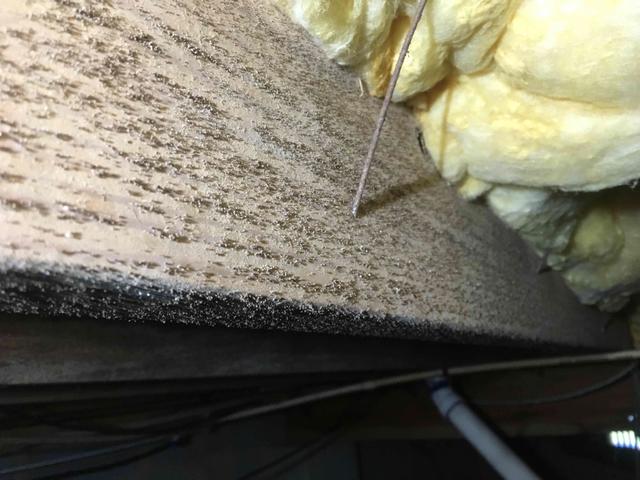 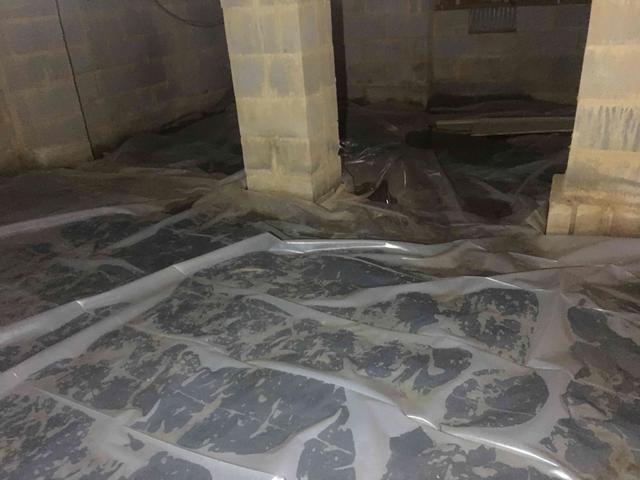 Groundwater on and under the moisture barrier. 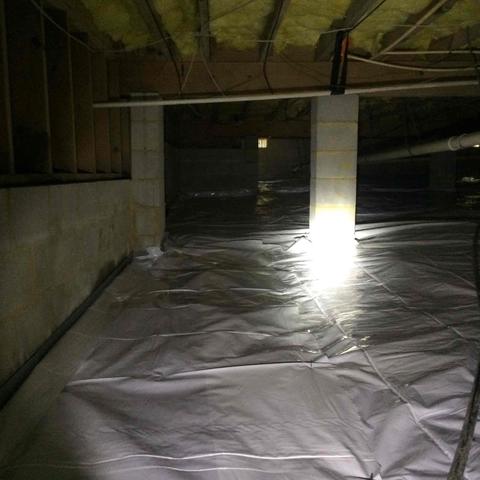 After drainage system and new vapor barrier are installed.