This home had an encapsulated crawl space installed when it was constructed. This is still a relatively new home, but the encapsulation didn’t have the desired effect. Initially, the crawl space was encapsulated with a 6-mil vapor barrier and R-11 vinyl faced fiberglass insulation. The homeowner contacted us with concerns about an ammonia, or animal urine odor in her home and poor air sealing.

This approach, compared to the initial encapsulation approach, will reduce the amount of moisture and outside air that enters the crawl space. By doing this, we are creating as much of an airtight seal in the crawl space as possible to keep groundwater and humidity out of the crawl space. The addition of the Dehumidifier addresses any moisture that may enter the crawl space and controls relative humidity, which coupled with warm temperatures and organic material can result in mold and mildew in the crawl space. This solution keeps the homeowner from experiencing any more foul odors in their home and makes the home more energy efficient. 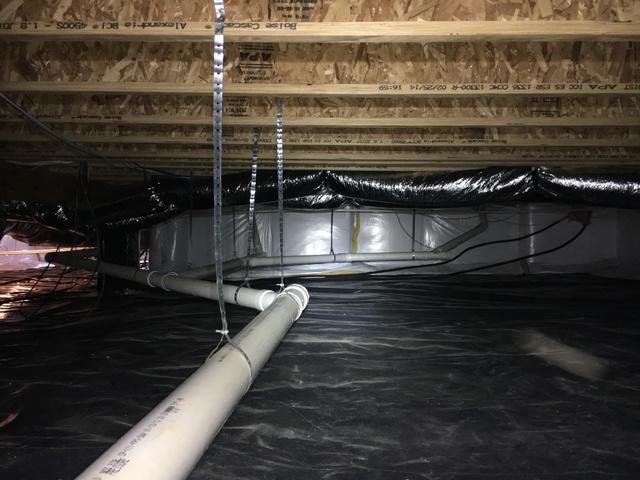 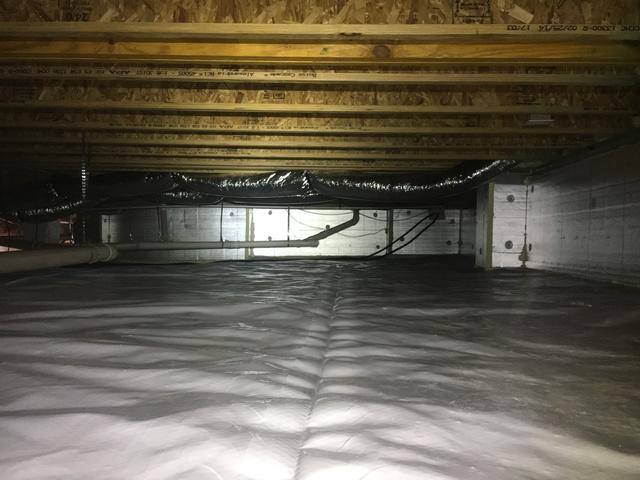