This homeowner called us concerned about mold growth in their crawl space. They wanted to treat the mold growth and make sure it never came back again.

At the inspection, we found that moisture had been building up in the crawl space allowing the relative humidity to rise. The increased relative humidity along with warm temperatures allowed mold and mildew to grow on floor joists.

To help this homeowner we first removed the existing ground cover, fiberglass, and debris then treated the joists with an antimicrobial called Shockwave. This gives us a clean slate to seal and insulate the crawl space.

Next, we installed the CleanSpace Vapor Barrier. This is a heavy-duty crawl space liner durable enough to be attached and sealed to the walls as well as wrapped and sealed around piers, completely isolating the crawl space from the earth’s moisture.

We then air sealed the crawl space by blocking all vents from the inside, sealing the rim and band and sill plate with foam as well as around all penetrations through the foundation wall to the outside. This blocks air carrying moisture from pouring into the crawl space. As part of air sealing, we also install a Friction Fit interior crawl space door behind the exterior door. The Friction Fit door both air seals and insulates what is otherwise a huge hole in the system.

Then we installed an R-10 of Closed-Cell Spray Foam insulation on the crawl space walls, leaving a 2-inch viewing strip at the top of the wall. The viewing strip is required by VA building code and allows for termite companies to perform their inspections. Insulating from the foundation walls extends the thermal barrier of the home, reducing the heat transfer through the walls and into the crawl space. In addition, at 1.5-inches thick, the foam product used also acts as an air barrier and vapor retarder, helping to block air and moisture traveling through the block wall.

Finally, we want to control the relative humidity in the space. To do this, we installed the SaniDry Sedona Dehumidifier and Air Filtration System. This unit is specially designed for crawl spaces and basements. It pulls excess moisture from the air, filters the air, and circulates dry air throughout the entire crawl space. Along with the SaniDry, we install a hygrometer to allow the homeowner to monitor the temperature and humidity in their crawl space from inside the home.

This system will give the homeowner the peace of mind that the humidity is controlled in their crawl space and they no longer need to worry about future microbial growth. They will also have the added benefits of protecting the substructure of their home, making the indoor air quality healthier, making their home more energy-efficient, and having warmer floors in the winter. 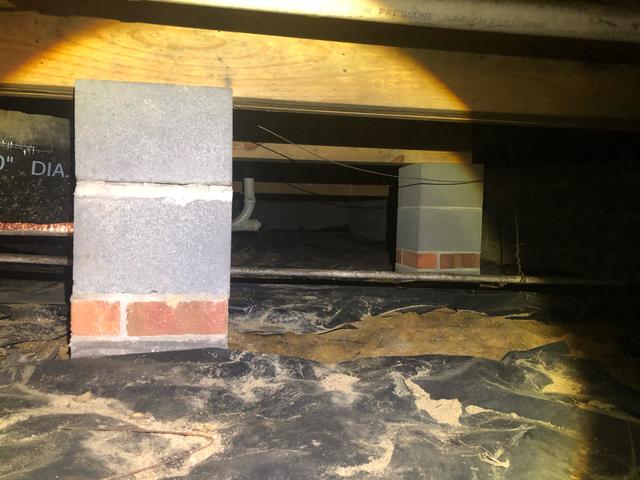 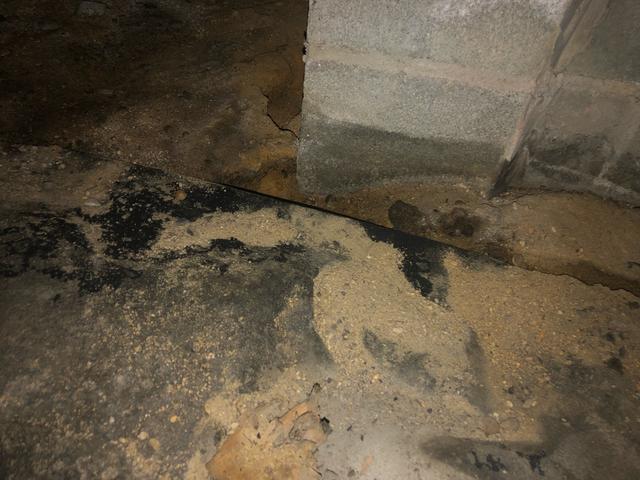 Photo Gallery: Diagnosing a Crawl Space in Spring Grove, VA
Back to Previous Page
Back to Case Studies