This Dinwiddie, VA homeowner contacted us because they had noticed some moisture concerns in their crawl space that they wanted to address.

At our inspection, we found that there was little to no vapor barrier in the crawl space, allowing the earth’s moisture to impact the environment. In some places, the fiberglass insulation had completely fallen away from the floors while in others, it was installed backward, damp, and sagging. Mold and mildew were thriving on the paper backing of the insulation and floor joists and impacting the indoor air quality of the home. Microbial growth was building on the floor joists and the wood moisture content at the time of inspection was approximately 19.6%, at 19% the potential for wood rot begins. Open vents allowed humid air to be dumped into the crawl space and become trapped, raising the relative humidity and wreaking havoc.

This homeowner wanted to keep their crawl space dry and prevent the microbial growth from reoccurring.

The first step was to clean out the crawl space by removing all the existing fiberglass insulation and any remaining vapor barrier or debris. Next, we treated the microbial growth by wiping down the joists with Shockwave Antimicrobial. Shockwave is a hospital-grade antimicrobial designed to kill the mold.

Next, we sealed all the crawl space vents from the inside with foam along with any penetrations to the outside and the sill plate. There are all gaps in the building envelope that allow outside, humid air to flood into the crawl space and raise the relative humidity.

We then installed CleanSpace, a 20-mil heavy-duty liner with UltraFresh antimicrobial built-in. This liner is durable enough for service persons to crawl and work on without worrying about tears or rips. The CleanSpace is overlapped and sealed at all seams, it is attached and sealed to the foundation walls approximately 6 inches above outside grade and it is wrapped and sealed around all piers.  This system completely sealed the crawl space off from the earth’s moisture.

We then installed a new Everlast Crawl Space Access Door. The Everlast a custom fit PVC access that does not rust, rot, or warp. Through the door has a gasket to aid in air sealing, we also install an interior friction fit insulated panel behind the Everlast. The Friction Fit Door adds additional air sealing behind the exterior access and offers an R-10 of insulation, meeting the code requirement for a continuous R-10 when insulating from crawl space walls.

This homeowner won’t have to worry about having a damp crawl space again. The solution not only addressed their concerns about how wet the crawl space was and the microbial growth, but it also gave the improved indoor air quality, warmer floors in the winter, decreased energy bills, and the peace of mind that they won’t have to fix a damp, musty, moldy crawl space again. 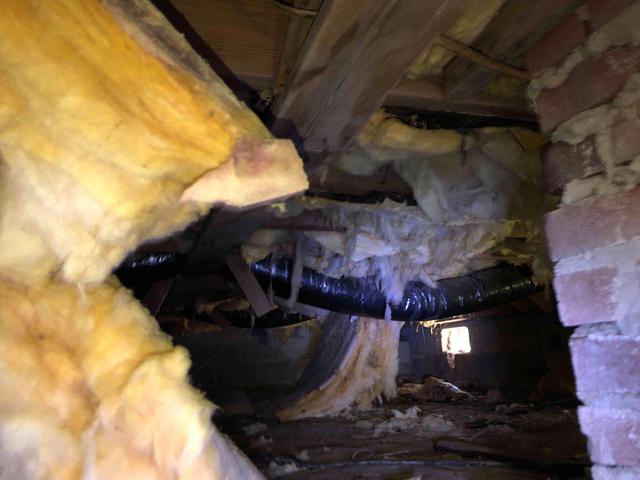 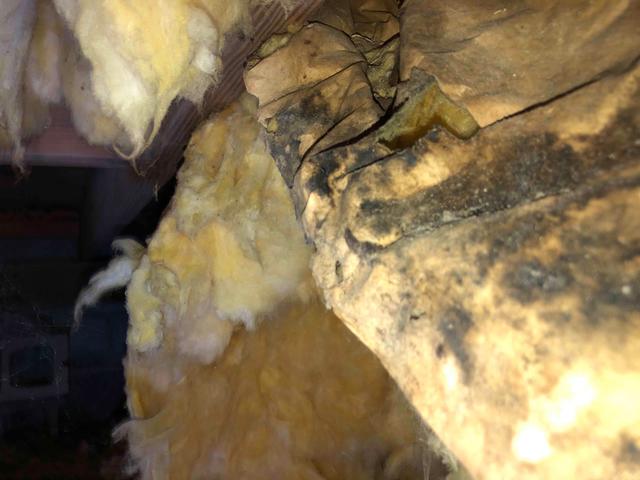 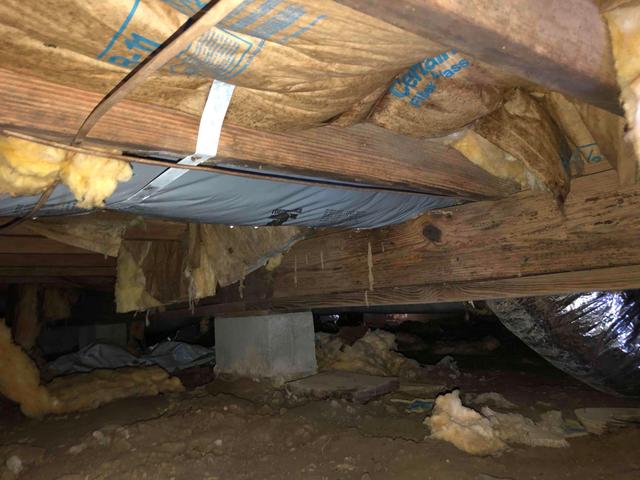 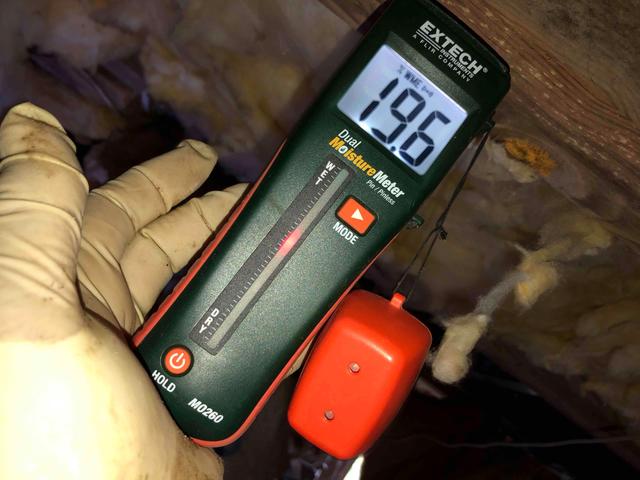 Photo Gallery: Damp Crawl Space in Dinwiddie, VA
Back to Previous Page
Back to Case Studies