This Urbanna, VA homeowner contacted us with concerns about their crawl space. They had falling insulation and some damage to their vapor barrier, and suspected some mold was growing. They wanted us to take a look at their crawl space and address these items.

At our inspection, we found that the crawl space had certainly been impacted by moisture. There was evidence of moisture on the walls, and some efflorescence. Insulation was beginning to drip from the ceiling as the fibers separated. Open vents were allowing air carrying moisture in the space and raising relative humidity. Warm temperatures and high relative humidity allowed mildew/mold growth to begin occurring on organic materials, such as the wood floor joists paper backing of the insulation. The existing vapor barrier had sediment and dirt collected on top and was not sealed around piers or at the walls allowing water vapor from the earth to impact the crawl space.

For this homeowner, we began removing and disposing of any debris, fiberglass and the 6-mil vapor barrier. Then we treated the microbial growth with Mold-X2 Stain remover and Mold Killer. Next, we blocked and sealed all crawl space vents from the inside and sealed the sill plate to the foundation. These air sealing steps prevent outside air from flooding into the crawl space. Then, we rolled out CleanSpace, a 20-mil vapor barrier, overlapping and sealing all seams. The liner is also wrapped and sealed around all piers and the foundation walls 6-8 inches above outside grade. CleanSpace is a heavy-duty poly-string reinforced barrier, similar to a pool liner, with a built-in antimicrobial called UltraFresh. After installing the moisture barrier, we then applied Closed Cell Spray Foam to the rim and band and foundation walls. Insulating the rim and band is part of air sealing and reducing humid air from entering, as well as cold air from affecting your floors in the winter. Finally, we installed a SaniDry Sedona Dehumidification System, a specialized crawl space dehumidifier and air filtration system designed specifically for crawl spaces to remove moisture and circulate dry air.

This solution has helped make the home more comfortable for the homeowners, improved indoor air quality, reduced energy bills, and the homeowners won’t have to worry about mold growing back or the insulation falling again.

Video: We Fix Crawl Spaces!
Back to Previous Page
Back to Case Studies 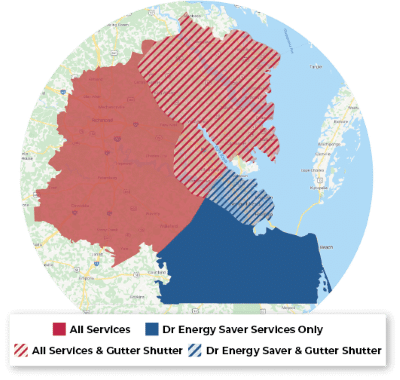